“We brought security to the area and now they call us a militia,” said Barakat al-Obeidi, an Awakening member in Adhamiyah, a centuries-old Sunni district that saw fierce fighting at the height of sectarian fighting in 2006.

“But even if they cut off our salaries we will continue to defend our city. We will do it for free. Our families live here so we have to protect them.”

Monday’s move affects the Awakening groups in Baghdad, while control of the remaining groups in central, western and north-central Iraq will only gradually be transferred to the government.

Alastair Campbell, the director of the Royal Institute for Defence and Security Studies, told Al Jazeera that the move to hand control of the Awakening groups to the Iraqi government would be tricky and needed to be carefully overseen by the US.

“Not only is the Iraqi government paying them slightly less … but also they’re not paying the same amount [of people]. It’s thought that about 80,000 were on the books of the Americans and the Iraqis – although they initially agreed to pay 58,000 – will only pay 54,000,” he said.

“Only 20,000 are being reintegrated into the Iraqi security forces at the moment so what will these others do? Will they just hang around being paid not quite as much?”

The Awakening groups emerged in 2005, when Sunni tribesmen, who had fought against the US military and Iraqi government forces, allied with US forces, accepting arms, money and training.

There are about 100,000 Awakening fighters in Iraq and analysts say they are one of the main reasons for the recent marked reduction in violence in the country.

Awakening groups say their relations with the Iraqi army have improved but they fear the government may over the long term sideline them. 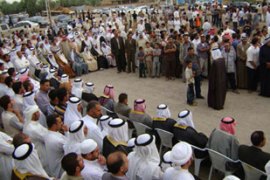 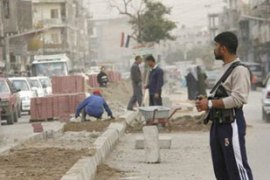