“The Quartet called for the continuing of the peace process in the framework of Annapolis,” Ban Ki-moon, the UN secretary-general, said, reading from the quartet’s final statement which also criticised “terrorism” and Israeli settlement building.

“Without minimising the gaps and obstacles that remain, the representatives of the parties shared their assessment that the present negotiations are substantial and promising,” the statement said.

George Bush, the outgoing US president, had hoped to achieve a deal before he leaves office in January, but Condoleezza Rice, the secretary of state, has admitted that there is no breakthrough in sight.

“The distance to peace has been narrowed although peace has not been achieved,” Rice said after meeting Mahmoud Abbas, the Palestinian president, on Friday.

In the absence of a full accord, Rice is pushing the two sides to define the outlines of a deal before she hands over to the administration of Barack Obama, the US president-elect.

Al Jazeera’s Nour Odeh, reporting from Cairo, said: “What is interesting here … is that the quartet has decided to forbid itself from exercising control to make the parties talk,” she said.

“They are letting the sides talk it out on their own, yet their mandate is to somehow enforce dialogue. It reflects the stance of the quartet, that perhaps peace really is elusive here and another approach may be needed.”

Despite the transition to the incoming administration of Obama, the Bush administration secured a commitment that the process begun in Annapolis will continue.

“I believe that the Annapolis process is now the international community’s answer and the parties’ answer to how we finally end the conflict between the Palestinians and the Israelis,” Rice said at a news conference after the talks.

Tony Blair, the quartet’s Middle East envoy, urged Obama to carry on with the process, despite signs that some members of the new president’s team may want to try a different approach to peacemaking.

“The single most important thing is that the new administration in the United States grips this issue from day one and it can do so knowing that there is a foundation upon which we can build,” Blair said.

Even Russia, which has increasingly been at odds with the US said that completing the process begun by the Bush administration is important.

“Our common desire is to make sure the Annapolis process succeeds,” said Sergey Lavrov, the Russian foreign minister.

Before the meeting, Tzipi Livni, the Israeli foreign minister, said that she would not sign “any agreement that does not serve Israel’s interest and that is not detailed enough to be put into effect”.

“We are not there yet and it could take time. But we have managed to ensure that this process remains bilateral and that the world does not intervene in the contents of the talks and that it supports the process without trying to impose solutions or present interim solutions,” she said.

Al Jazeera’s Amr el-Kahky, reporting from Sharm el-Sheikh, said that the Palestinians were determined to seal a deal.

“The Palestinians are coming with one goal – to get everything or nothing. They want to go into final status talks, and not point-by-point assessments, because they say they are tired of talking,” he said.

“But bear in mind there is a vacuum in Palestinian politics, as well as the current political turmoil in Israel. Therefore, it is very diffcult for any progress to be made.”

Reconciliation talks between Hamas, Fatah and other Palestinian factions which were due to take place on Monday in Cairo, the Egyptian capital, had been cancelled on Saturday. 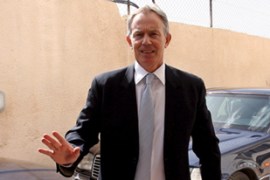 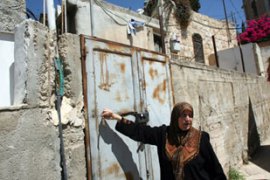