The storm forced the Cuban authorities to move tens of thousands of people away from danger and farmers to protect crops on an island still reeling from the previous storms.

State-run television reported widespread blackouts in the storm’s wake and said a communications tower had fallen in the province of Camaguey.

A storm surge of up to six metres had caused coastal flooding, pushing the sea as much as 700m inland and causing hundreds of homes to be flooded.

Juan Jacomino, a journalist from Havana, told Al Jazeera: “It is a really serious situation. This storm is going to further complicate an already complex situation in Cuba caused by the destruction of these last two hurricanes, Ike and Gustav, estimated to have cost between $5bn to $8bn.

“We have to wait till tomorrow but it is going to be very, very bad and the situation is really tense,” he said.

The hurricane season typically extends from June through to the end of November in the Atlantic and Caribbean.

Earlier in the day, Paloma battered the Cayman Islands, downing trees and flooding low-lying areas, but residents appeared to ride out the storm relatively unscathed.

Businesses were reopened on Saturday, and authorities restored power and water services.

Donovan Ebanks, chairman of the Hazard Management Committee, said there were no reports of injuries.

“Our indications are that there has been minimal if any damage on Grand Cayman,” Ebanks said.

Cleva Jackson, a hotel owner on Grand Cayman, said she had been unable to contact relatives in Cayman Brac who sought refuge in an emergency shelter where the roof had partially collapsed.

“The roof had caved in and everyone was trying to find shelter in the kitchen, but I haven’t heard anything from them,” she said. “We just can’t get through.”

As it formed on Thursday, Paloma poured heavy rains on Honduras. The UN estimates 70,000 people have been made homeless there by recent storms. 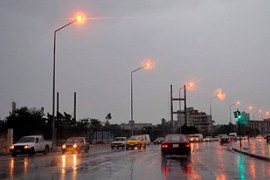 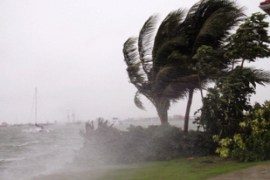 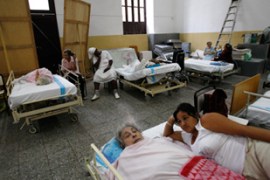