Bush also said that finance ministers from the G7 nations would be meeting in Washington DC this weekend to discuss the crisis.

On the other side of the Atlantic, Iceland’s government announced it had nationalised Landsbanki, its second-largest bank, and had held talks to secure a $4bn loan from Russia to prop up the country’s finances.

There was little cause for optimism as Ben Bernanke, the chairman of the US central bank, said that the crisis would continue despite the government’s $700 billion bailout plan to halt the turmoil.

Bernanke, the head of the Federal Reserve, said that the US economy was likely to remain “subdued” for the rest of this year and into 2009.

“The outlook for economic growth has worsened,” he said on Tuesday in Washington DC.

“The heightened financial turmoil that we have experienced of late may well lengthen the period of weak economic performance and further increase the risks to
growth.”

He also said the Federal Reserve would have to consider if its current stance
of holding rates steady “remains appropriate” given the fallout from the worst financial crisis to hit the US and global markets in decades.

Earlier, the Fed had announced plans to buy massive amounts of corporate debt to improve lending in the markets, where many companies turn for short-term loans called “commercial paper”.

Fears that loans will not be repaid has made it both difficult and expensive for
businesses and consumers to borrow money.

Separately, a senior US budget official told the Associated Press news agency that the current financial turmoil had wiped out estimated $2 trillion in US retirement savings.

Earlier on Tuesday, stocks in Europe closed slightly higher after a mixed day of trading, with the UK FTSE up 0.35 per cent and France’s CAC 40 index up 0.55 per cent, however Japan’s Nikkei 225 index fell three per cent, to a five-year low.

European Union finance ministers meeting in Luxembourg also agreed on Tuesday to more than double the minimum level of bank deposit protection in Europe to $68,000.

Iceland’s moves to prop up its economy come after it had already suspended trading of shares in its major banks on Monday, with the kroner losing about 30 per cent of its value against the Euro.

Christine Lagarde, the French finance minister, whose country holds the EU’s rotating presidency, said: “We have agreed to assure the solidity and stability of our financial system and carry out any measure to reach that objective.” 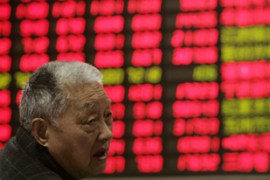 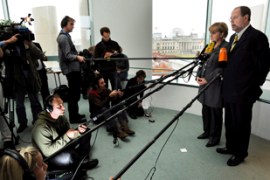 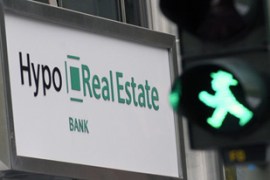