“We feel it is the proper time to come to Iraq and launch deeper Iraq-Egypt relations,” Abul Gheit said.

Hoshyar Zebari, Iraq’s foreign minister, said both nations could benefit from better ties and that Baghdad was looking for help from Cairo to develop Iraq’s war-battered infrastructure.

“We can both benefit from our relations, and Egypt can also help us with infrastructure and agriculture,” Zebari said.

Officials from other Arab nations have also started to visit Iraq, but are moving slowly to revive diplomatic ties in part due to fears that diplomats might be attacked.

Ihab al-Sharif, Egypt’s envoy to Iraq, was kidnapped and killed shortly after he arrived in July 2005.

Abul Gheit had said in May that Egypt was ready to send a fact-finding delegation to Baghdad to evaluate security for opening an embassy.

“When we set up an embassy in Iraq, we want to guarantee that conditions will be favourable and that its security will not be undermined,” he said at the time.

Nuri al-Maliki, the Iraqi prime minister, appeaed to Sunni Arab states in April to help stabilise Iraq by living up to pledges to forgive his country’s debts, erasing war reparations and reopening embassies in Baghdad.

Bahrain, Jordan and the United Arab Emirates have already named ambassadors to Baghdad and some Arab leaders, including Jordan’s King Abdullah II, have made surprise visits to the country.

Nasir Muhammad al-Ahmad al-Sabah, the Kuwaiti prime minister, said in September that he had accepted an invitation to Iraq, while Saudi Arabia has said it i waiting for security to improve. 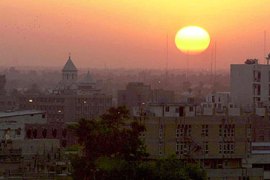