A local television station showed military officers pushing Baduel into a lorry to be taken to a military court early on Friday, before being released several hours later.

Baduel told reporters as he left a Caracas military base at night that “one of the measures that has been imposed is that I can’t talk about this proceeding”.

He was ordered not to leave the country and to appear before prosecutors every 15 days.

Omar Mora Tosta, Baduel’s lawyer, said that the accusations were a “false and defamatory campaign”.

“Very few details were presented by [prosecutors] to accuse General Baduel,” he said.

General Ernesto Cedeno, Venezuela’s military prosecutor, said Baduel had not been arrested but had been called in to testify after repeatedly refusing to do so.

He denied that the case was related to Baduel’s opposition to Chavez, saying that the former defence minister would be guranteed “his full right to defence”.

The corruption charges could harm the opposition ahead of regional elections for governors and mayors which are scheduled to take place next month. 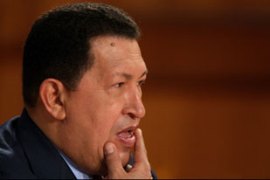 Move comes just as the duo were about to present a report critical of President Chavez. 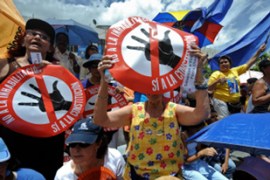 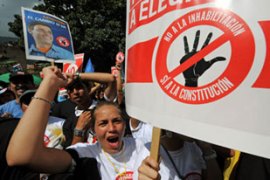 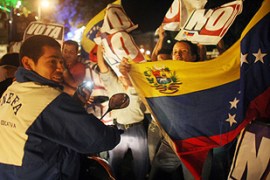