The paper – written by scientists from the Harvard School of Public Health in the US state of Massachusetts – said that smoke from tobacco products and indoor fuel use would be the cause of more than 80 per cent of all deaths from respiratory disease.

However, it suggests that a number of measures could be taken to dramatically reduce the risk, including building proper chimneys, air circular stoves with chimneys ending outside the house and ventilated ground stoves to reduce the toxic chemicals circulating indoors.

“There are proven ways to reduce tobacco smoking and to provide homes with clean-burning energy alternatives. China can save millions of premature deaths from respiratory diseases in the next few decades if it … implements these interventions,” Majid Ezzati, senior author of the study, said.

“The Chinese experience is particularly severe because there haven’t been enough steps taken yet to curtail the tobacco epidemic,” she said.

She noted that though the government had signed the global convention for tobacco control, the country still dominates sales and production.

“We see that China has a vested interest in tobacco production and marketing, and that is a tough thing for China to come to grips with as it tries simultaneously to curb the horrible health impacts that tobacco is exerting on the Chinese people,” she said.

More than 900 million of the world’s 1.1 billion smokers currently live in low-income and middle-income countries and about one half of the world’s population uses biomass and coal for household energy. 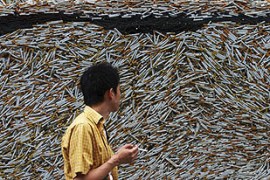 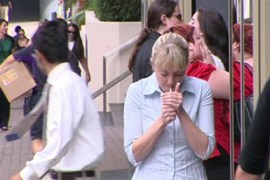 Australia quits as China puffs on 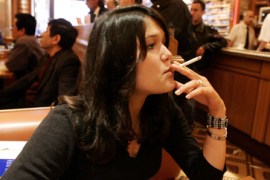 Inside Story investigates the controversy surrounding this public health issue.