The latest campaign events come as a poll released on Friday showed Obama leading McCain nationally by 51 points to 43 per cent.

However, the survey, by Associated Press-Yahoo News, also found that 14 per cent of voters still cannot decide who they want to vote for or may switch their vote on November 4.

Analysts say Obama has widened his lead in recent weeks by his perceived better handling of the current financial crisis, and the two candidates have clashed repeatedly in recent weeks over the issue.

However, McCain told his supporters at a rally that he felt he had the momentum to win in Tuesday’s poll.

“The enthusiasm and the momentum that I feel here in Ohio is going to carry us to victory here in Ohio,” McCain said. “

Obama again attacked the Republican party’s record on the economy.

“The last thing we can afford is four more years where no one in
Washington is watching anyone on Wall Street because politicians and
lobbyists killed common-sense regulations,” he said in Iowa.

“Those are the theories that got us into this mess. They haven’t
worked, and it’s time for change.”

In another development on Thursday, Democratic sources said that aides in Obama’s campaign had approached Rahm Emanuel, an Illinois congressman, about possibly serving as White House chief of staff in any future administration.

However, the claim was denied by Emanuel’s aide.

Meanwhile, a study released on Thursday found that Obama has spent three times more on television advertising than his Republican rival in the final days of the campaign.

Obama’s figure does not include the approximate $3 million that Obama’s campaign spend on 30-minute advertisements on national television. 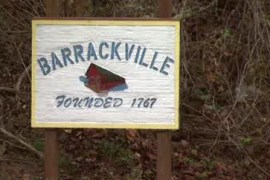