One of the bomb blasts took place about 100 metres from the official residence of Tarun Gogoi, the chief minister of Assam.

G P Singh, a senior police officer, said two of the bombs in Guwahati were hidden in motorcycles or scooters.

Pankaj Goswami, who witnessed one of the Guwahati explosions, said: “The impact of the blast was so huge, a packed bus got half burnt and we pulled out a lot of injured people and sent them to hospital.”

Mrinal Talukdar, a local journalist, told Al Jazeera that all the blasts were detonated within just one hour.

He said telephone lines were jammed across the region and that many areas had descended into “complete chaos and lawlessness”.

Intelligence services said they believed the explosives were detonated remotely.

An Associated Press reporter at the site of one of the blasts in Guwahati reported seeing flames leaping from charred cars, bodies strewn across the road and a thick stream of black smoke spiralling above the city.

Matt McClure, Al Jazeera’s correspondent in Delhi, said the Indian prime minister had appealed for calm and would visit the region on Friday. The home ministry confirmed it had not received any prior warning of the blasts and vowed to investigate and find the culprits.

McClure confirmed that the city of Guwahati appeared to be worst-hit by the explosions, which have been described as a co-ordinated attack.

“Fingers are being pointed based on similar violence in the past. The United Liberation Front of Asom (ULFA) is the group being singled out,” he said.

“ULFA has waged a war for independence in this area for over two decades but nothing on this scale or of this magnitude in the recent past.”

Investigators have suggested that ULFA may have co-ordinated the attacks in retaliation against a recent crackdown on the group’s senior leadership.

However, Shakeel Ahmed, minister of state for home affairs, told Al Jazeera that the authorities would not blame any organisations until a proper investigation had been carried out.

Ahmed warned that the Assam government had been asked to deal with the attacks “very firmly” once the culprits were identified.

There was no immediate claim of responsibility for the blast.

Many armed separatist groups are active in India’s northeast, which is wedged between Bangladesh, Bhutan, China and Myanmar, with only a thin corridor connecting it to the rest of India.

Earlier this month, at least two people were killed and 100 injured in four bomb blasts in Assam that police blamed on Muslim groups based in Bangladesh.

However, the ULFA, which has been fighting for an independent homeland for the state’s 26 million people, is also often suspected of being behind attacks. 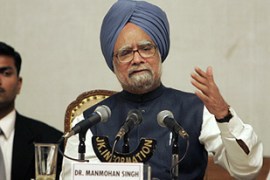 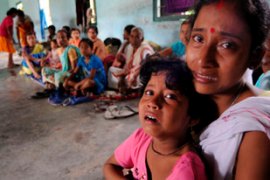 At least 33 killed in fighting between tribesmen and Bangladeshi settlers in Assam. 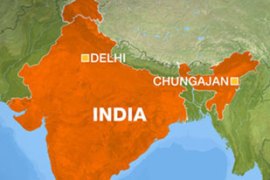