The deal is expected to be completed by January 12, providing it receives regulatory approval.

As a result of the takeover, Lufthansa will control 11 per cent of the take-off and landing slots at Heathrow, making its presence there second only to British Airways.

Heathrow is Europe’s largest airport and the key hub used by North Americans coming into Europe.

The deal announced on Wednesday is the culmination of an agreement between Lufthansa and Bishop nearly 10 years ago.

Bishop reserved the right to sell the remainder of his shares to Lufthansa at any time over the next decade for the price agreed in 1999.

With the European airline industry in crisis over volatile fuel prices and falling passenger numbers, Bishop decided to cash in on that option in October.

Anthony Cardew, a BMI spokesman, said the timing of the sale made sense for BMI.

Cardew said: “At a time when there is a fair amount of financial uncertainty and pressure, it is probably better for BMI to be with Lufthansa.”

Earlier this year, Lufthansa took a 45 per cent stake in Brussels Airlines, with the option to buy the Belgian airline outright in 2011.

It is also considering buying stakes in Austrian Airways and Italy’s Alitalia.

Lufthansa gets go ahead on Swiss deal

German carrier Lufthansa and Swiss International Air Lines are set to merge after the European Commission approved Lufthansa’s acquisition of Swiss, in a further consolidation of European airlines. 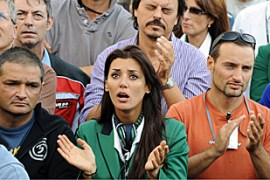 Final two unions sign up to $1.45bn proposal from consortium of Italian investors.