The Asem meeting – a biennial talking shop that usually produces little of substance – has taken on a new urgency amid the financial crisis.

At the opening of the two-day gathering, Wen had made it clear that Asia had heard the repeated calls in recent days from Europe for the two regions to work together.

“Asia and Europe are important forces in maintaining financial stability and promoting economic growth. We should join hands to show the world our confidence,” Wen told delegates at the start of the conference on Friday.

William Hess, an analyst with market intelligence company Global Insight, told Al Jazeera that China’s role was likely to include playing a greater role inside the International Monetary Fund (IMF).

“China will play a much larger role that it has in the past and that could involve China making a larger contribution to the IMF’s capitalisation, maybe a rebalancing of the way the votes are,” Hess said.

“I think if you’re looking at where and how the chairs are arranged around the table at the IMF, I think it could look a lot different in the next six months than it has in the last few decades.”

The IMF is held in higher esteem in Europe than in most of Asia, where memories of its much criticised, heavy-handed intervention during the region’s 1997-98 financial crisis are still fresh.

Iceland on Friday became the first Western nation to ask the IMF for a loan since 1976. The country wants over $2bn over two years to help rescue its broken banking system, restart currency trading and soften the blow from a withering economic downturn.

Leaders at the conference called on the IMF to “play a critical role” in helping countries most in trouble, should they ask for assistance.

Before the Beijing talks began, China, South Korea, Japan and 10 Southeast Asian nations pledged to create an $80bn fund that those countries could draw upon to fight off currency speculators.

The announcement of the Asian fund, which had been in the pipeline for months, was the first major co-ordinated action by  Asian countries in tackling the global financial crisis since the worst of the turmoil began last month.

The Asem delegates woke up on Saturday to news that Wall Street had closed at a 5-year low the previous day.

But the losses of around 3.5 per cent were not as bad as expected given that shares in Japan had slumped 9.6 per cent and Europe had sunk 5.4 per cent on Friday.

Argentina’s Merval index dropped 7.6 per cent, losing about 24 per cent of its entire value over the week, on continued fears that a government plan to nationalise private pensions will drain companies’ access to private capital.

Mexico’s benchmark IPC index fell 4.6 per cent and Brazil’s Ibovespa index slumped 6.9 per cent, as deepening signs of stress in the US and European economies threatened to slash exports, tax revenue and corporate income.

Around the world, poor economic data and an international barrage of corporate profit warnings and job cut announcements have intensified fears of deep global recession.

At the beginning of the summit, Nicolas Sarkozy, the French president, whose country holds the rotating EU presidency, called for Asia to support Europe at an economic meeting in the US due in November.

“Europe would like Asia to support that effort, so that together on November 15 we can tell the whole world that the causes of this unprecedented crisis will never happen again,” Sarkozy said.

The French president has called for the Bretton Woods system that has governed international finance since the end of  the Second World War to be overhauled.

The US has been more cautious, stressing the importance of preserving a commitment to free markets, free enterprise and free trade.

Bilateral talks on the sidelines of the summit were also expected to include issues like human rights, North Korea’s nuclear programme and food security. 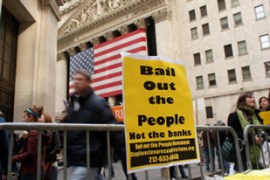 US housing sales have grown, amid further declines in global economy. 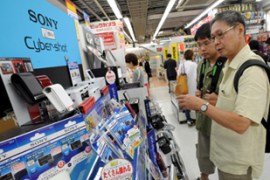 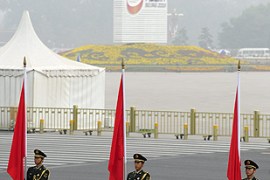 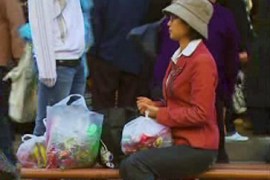 China in the spotlight as rich nations seek help to stave off global recession.