On behalf of the English-language channel of Al Jazeera, please allow me to respond to some of the misleading assertions made in Colbert I King’s column October 18 about racism in the US elections (“A Rage No One Should Be Stoking”).

As we all know, there is a remarkable story taking shape in the United States and it is one that is mesmerising the world. This prospect is so contrary to the American image abroad that our international audience is very eager to understand it.

Americans appear on the brink of electing their first black president in history, which would have been thought unimaginable a few years ago.  If it happens, this would be a historic development not only for America, but for any major Western nation. For most people – and this is widely evident in Al Jazeera’s coverage – it is a story that reflects exceptionally well on Americans and its democracy.

Mr King’s column highlighted a single news report on Al Jazeera’s international English channel that included interviews with people attending a Sarah Palin rally in St Clairsville, Ohio on October 12.  Many of the comments in this report included characterisations of Barack Obama as “he’s a Muslim, not a Christian”, “a relative of a known terrorist”, “he regards white people as trash”, etc.

This report has since been rebroadcast on YouTube with more than 1.8 million people watching it.  And even Colin Powell, in comments after his “Meet The Press” appearance this weekend, expressed concern about how Americans are viewed abroad as a result of these rallies: “Those kind of images going out on Al Jazeera are killing us.”

In his column, Mr King accurately conveyed the point of the news report as described by the Al Jazeera reporter.  These rallies are bringing into the open what is usually hidden in US elections and this “is a reminder that hate and fear are still powerful forces in American society”.

But then Mr. King’s column veered into the ditch with a gratuitous and uninformed shot at Al Jazeera’s motives: “Was this fodder served up by Al Jazeera to feed anti-American sentiment overseas? To be sure. But the camera didn’t lie.  Did Al Jazeera, however, record the whole truth?”

Let’s get real. No single news report – like no single newspaper column – can “record the whole truth”. But this piece explored an important aspect of the overall story, which is being largely ignored in America’s docile mainstream media.  The intense interest in this report – not only worldwide but throughout the US – is evidence of that.

But the Al Jazeera report came to no judgment about whether these views in St Clairsville, Ohio, reflected mainstream America or a small minority.  The reason for that is the one given by Mr King himself in his column: “At this point, no one really knows.”

Let me make a final point with great emphasis. Al Jazeera has provided hundreds of hours of diverse coverage of this amazing American story in ways that have been fair, comprehensive and respectful of different points of view.   If they had the opportunity, I am certain your readers would have been impressed, even enlightened, by what they would have seen.

But the fact is that Al Jazeera English – an award-winning and respected news channel seen in 120 million households in more than 100 countries worldwide – is effectively being blocked from being broadcast in the United States of America.

That’s appalling in a country that regards itself as the world’s leading democracy.  But maybe the interest in this Al Jazeera story – and the historical events which are still to come – will help change that. 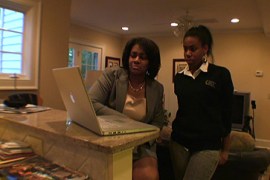 Video: Racism and the US election

African-Americans discuss whether or not a matter of race could decide the election. 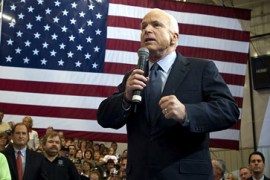 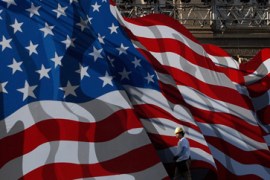