In South Korea, stocks closed 10.6 per cent lower after the central bank reported that the country’s economy grew at its slowest pace in four years, as exports, manufacturing and services were all weakened.

According to the bank, gross domestic product growth (GDP) slowed to 3.9 per cent in the third quarter of this year, almost an entire percentage point down from the second quarter.

“Even though many started down around five or six per cent and had a slight recovery, they’re all down now. A lot of the FTSE’s drop will have been fuelled by recessionary figures that have come out

“The GDP, which is essentially the sum of all the income-generating parts of the economy, has gone into negative growth.

“If it happens again in the next quarter, and that seems likely, then Britain will officially be in recession.”

Meanwhile, Samsung Electronics, South Korea’s biggest company, said its third-quarter net profit fell 44 per cent from the same period last year due to “the worsening market conditions resulting from the slowdown in the global economy”.

The news sent the benchmark Kospi index down by more than 10 per cent to fall below the 1,000-point level for the first time in more than three years.

Elsewhere in the Asia-Pacific region, share prices also tumbled with Hong Kong’s Hang Seng index down more than 8.3 per cent and Australia’s S&P/ASX 200 down 2.6 per cent. 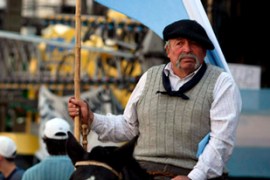 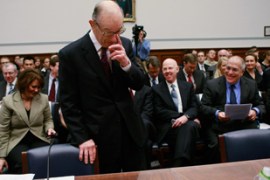 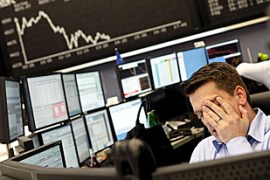 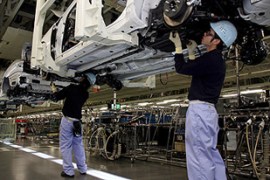