Rosenfeld said the wounded attacker then grabbed a passer-by and stabbed
him before being overpowered.

The civilian, identified as an 60-year-old man, was dead upon arrival at the emergency room, Shoham Ruvio, spokeswoman at the city’s Shaarei Tzedek hospital, said.

It is not known why officers stopped the man or why he produced a weapon.

The attack was the second in a month in Jerusalem and the fourth since July.

On September 22, a Palestinian drove his car into a group of soldiers at a
busy intersection, injuring 13 before he was shot dead.

Gilo is built on West Bank land captured by Israel in 1967, and has been a target for attacks by Palestinian fighters in the past. 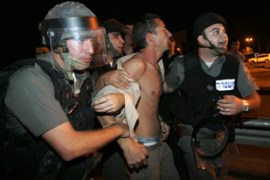 Israel on alert after Acre clashes 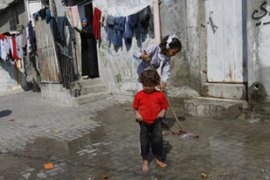