Some analysts have estimated that the total amount of money needed to support Pakistan’s economy for the fiscal year ending 30 June, 2009, at around the $7bn mark.

“Market borrowing is not an option, not in the current markets,” Khan said.

“[But] where that money is going to come from is anyone’s guess. There has been no formal approach to the IMF … would I encourage them to? The answer is yes… were they to make a formal request, we can move really fast.”

Khan’s comments come ahead of talks between Pakistani finance officials and IMF representatives, due to take place on Tuesday in the United Arab Emirates.

Shah Mehmood Qureshi, Pakistan’s foreign minister, has publicly admitted that the country may have to accept IMF funding.

But the move would prove political unpopular for the eight-month old government as IMF finance packages is usually granted on condition recepient states make significant cuts in public spending.

Asif Ali Zardari, the president of Pakistan, returned from meetings in China last week without any public commitment of financial assistance.

While Zardari and cabinet colleagues will be hoping Pakistan’s status as a frontline ally in the so-called “war on terror” will mean donor states are unlikely to sit back and watch if the country defaults.

However, many donor states, including Britain, France, Germany and the US, have been struggling to cope with the fallout from the global banking crisis.

The burgeoning economic crisis will be closely watched by states concerned financial hardship will serve to boost support for the Taliban and further destabilise security on the Afghan-Pakistani border. 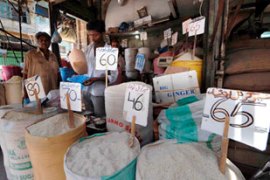 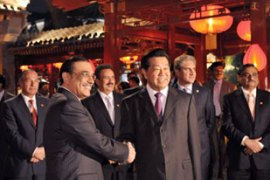 Pakistan to get Chinese nuclear aid 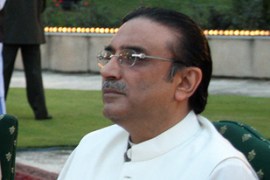