Ya Da worked in a brothel for two years before she ran away. Now, she lives in a safe house with other former prostitutes and abused children.

“There were just a few foreign customers [at the brothel],” she said. “I never slept with any, I slept only with Cambodian men.”

Mu Sochua, a politician with the opposition Sam Rainsy Party and a former minister for women’s affairs, told Al Jazeera that most of Cambodia’s sex industry was supported “by local customers”.

“And some of these local customers are high-ranking officials. You have the military, the police and civil servants. you have rich businessmen who have lots of money,” she said.

The involvement of high-ranking officials has been one reasons, NGOs say, that the sex industry has thrived in Cambodia.

“Very often these brothels and criminal networks are being supported and protected by high ranking officials,” Mark Capaldi, from Ecpat International, an orgnaisation working to eliminate child prostitution, said.

“The problem is not just as abusers but also the impunity and lack of law enforcement in closing down these brothels and karaoke bars.”

Daniela Reale, an advisor from Save the Children, told Al Jazeera: “The reality is that we do know local demand is the force driving this abuse.

“We also know it is around 70 per cent of local demand rather than sex tourism.”

But General Bith Kim Hong, from the Cambodian national police force, rejected allegations that the officials focused their efforts to curb prostitution almost exclusively on foreigners.

“The national police are concerned about anyone who commits a crime, who has sex with children, whether they are foreigners or Cambodian,” he told Al Jazeera.

“We have a very high commitment to prevent child prostitution.”

Last year, the Cambodian police arrested only 21 people for committing sex crimes with children – eight of those arrested were foreigners and 13 were Cambodians.

The police also admit that the brothels they shut down in high-profile raids often reopen a few weeks later.

In 2002, Gary Glitter, the British pop star, was expelled from Cambodia amid child-sex allegations.

But while the arrest and conviction of foreigners make the headlines, most child sex trafficking supplies local demand, Mu Sochua said.

“It is easier to catch a foreigner and also the government wants to have showcases to make itself look good – that Cambodia is actually taking care of this problem of human trafficking, which is really not the truth,” she told Al Jazeera.

Reale said that governments need to combat the worldwide problem: “They need to address their legal system and their law enforcement.”

To tackle the poverty that forces girls into prostitution, Reale said that governments must provide support systems to help families match their needs.

She said that the 3rd World Conference on Sexual Exploitation of Children in Rio de Janeiro next month will be as a big opportunity to make real and genuine committments. 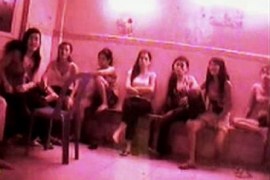