The Korean government said on Tuesday it was planning to guarantee $100bn worth of foreign currency debts owed by 18 banks.

Some of those banks will be posting their quarterly results in the next few weeks.

Recent weeks have seen governments pump billions of dollars into troubled banks, while central banks have injected huge amounts of cash into money markets – where banks lend to each other – in an effort to ease the credit crunch.

Such moves appeared finally to be bearing fruit as the cost of one bank borrowing from another has eased slightly.

David de Garis, an economist with NAB Capital, said: “There are tentative signs that the worldwide measures taken by various governments to shore up the banking sector are starting to work.”

But market watchers said that fears of a recession in the US and Europe, as well as worries about the outlook for corporate earnings, may limit the scope for a further rebound on battered global stock markets.

China released weaker-than-expected economic growth figures on Monday highlighting the extent to which the credit crunch has spread around the world.

The French government announced that it would inject $14bn into the country’s six biggest banks and Sweden presented a plan worth about $200bn to help its financial sector if it comes under more pressure from the credit crisis.

Meanwhile, oil prices climbed back above $75 a barrel on  expectations that Opec would cut output to boost prices, which have fallen nearly 50 per cent in the last three months. 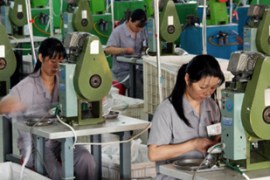