“There are more uncertain and volatile factors in the international economic climate,” he added, noting that “all these factors have started to release their negative impact on China’s economy”.

The slide in growth is being blamed on cooling global demand for China’s clothing, toys and other exports – a trend analysts expect to see continue for the foreseeable future.

“It’s very obvious now that economic growth is slowing quickly, although some indicators such as exports are holding up due to lagging effects,” Zhang Fan, an economist at Tebon Securities in Shanghai, told the AFP news agency.

Reacting to the latest data, shares on the benchmark Shanghai composite index slid 0.7 per cent in Monday morning’s trade.

Although the latest growth rates are still robust compared to other major economies, the latest economic data has raised speculation that the government will introduce new measures to counter the slowdown.

“Financial, credit and foreign trade measures will be carried out in the near future in response to the slowing trend of the country’s economic growth,” the official Xinhua news agency said in a report late on Sunday.

Among measures expected are fresh tax cuts, stepped-up investment in infrastructure such as railways, and an easing of curbs on the real-estate market which is already being eased in some cities.

In other economic data released on Monday, China’s politically sensitive inflation rate slowed in September to a 15-month low of 4.6 per cent, officials said.

The figure compares with a 12-year high of 8.7 per cent in February this year.

The inflation slowdown, thanks largely to moderating food costs, could free China’s leaders to do more to help spur growth after trying to rein in bank lending and other factors blamed for pushing prices higher in recent years. 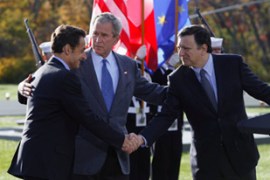 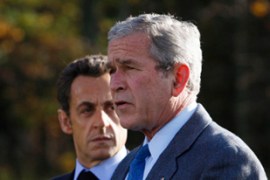 US to host global finance talks