Monday’s meeting was co-chaired by Gareth Evans and Yoriko Kawaguchi, the former foreign ministers of Australia and Japan respectively.

Evans, who now heads the Brussels-based non-governmental organisation the International Crisis Group, said reining in the spread of nuclear weapons was as serious an issue the global financial crisis.

“It’s a problem of the same magnitude, but capturing zero attention,” The Australian newspaper quoted him as saying.

The 15-member body was initiated in June by Kevin Rudd, the Australian prime minister, following a visit to the Japanese city of Hiroshima, the site of the world’s first atomic attack.

Rudd proposed the commission because he felt that the current Nuclear Non-Proliferation Treaty (NPT) was falling apart.

Speaking to reporters in Canberra, Stephen Smith, the Australian foreign minister, said he was hopeful of progress in disarmament talks.

“We think the timing might just be right for some success in this area,” he said on Monday. “It’s a very strong commission.”

Smith said the Australian government would give $2.66m to the commission which aims to “shape a global consensus” on improving the NPT before the 40-year-old agreement which has yet to be signed by India, Pakistan or Israel, comes up for review in 2010.

“We see this as a genuine second track, or non-government dialogue which will encourage a sharp focus by the international community on short-term good results from the NPT conference but also to start moving forward again on nuclear disarmament.”

Smith added that it was the Australian government’s long-term objective to ensure that the manufacture and possession of nuclear weapons ends.

The commissioners include William Perry, the former US secretary of defence, and
Gro Harlem Brundtland, the former Norwegian prime minister.

The joint Australia-Japan venture also includes former senior diplomats from Russia, France, Pakistan, the US, China and six other countries. 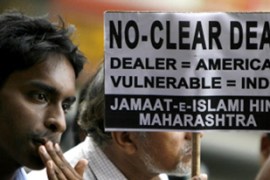 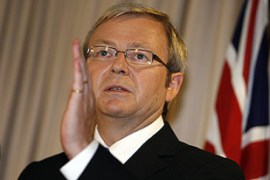