It will focus on the “principles of reform” needed to fix the world’s financial system.

“I look forward to hosting this meeting in the near future … so we can ensure that this crisis does not happen again,” Bush said.

The three leaders are trying to find ways to tackle the most severe global economic crisis since the US Great Depression of the 1930s.

“The first task is to stabilise the financial markets in our own countries. Given that the world has never been more interconnected, it is essential that we work together,” Bush said.

The first summit will aim to “seek agreement on principles of reform needed to avoid a repetition of the problems and assure global prosperity in the future,” the statement said.

Subsequent summits would examine ways to implement specific steps in order to meet those principles, the leaders said.

Shortly after arriving at Camp David, Sarkozy called for world leaders to work together to change the character of the global financial system.

“This is a worldwide crisis, so we must find a worldwide solution. Each region of the world is trying to find an answer to the crisis, but this answer will be all the more effective if we find it together and build the capitalism of the future,” he said.

“I deeply believe that this is a great opportunity to not fall back into the hateful practices of the past; practices that have led to where we are now.”

Nick Spicer, Al Jazeera’s correspondent at the White House in Washington DC, said the two presidents appear to have different views on how to tackle the crisis.

“Bush talked about the need for ‘democratic capitalism’ to be defended, including free markets … while in the European perspective, Sarkozy talked about rebuilding a better capitalism, using more dreamy rhetoric,” he said.

“I think that highlights the clash that will be upcoming in the summit that Bush said he would be pleased to welcome – but one can ask how much can be achieved while Bush is a lame duck president.”

In recent days Bush has spoken of the need for change within the global financial system, after the US congress passed a $700bn bailout plan aimed at rescuing ailing US banks.

Stock markets around the world have plunged in recent weeks in the wake of the collapse of Bear Stearns, a US investment bank, and a string of nationalisations and partial nationalisations of banks by European govermments.

In a speech in Washington on Friday, Bush had said that new regulation of the financial sector could result in “undesirable consequences” for the wider economy.

Ban Ki-moon, the UN secretary-general, said on Saturday that he had “strong support” for a meeting involving world leaders and representatives from the International Monetary Fund (IMF) and World Bank.

“We both agree that there is no time to lose, and therefore, I fully subscribe to your idea of convening such a forum in early December at the latest,” Ban said in a letter to Sarkozy, who had proposed the summit on Saturday while at the Francophonie summit in Quebec, Canada.

The meeting proposed by Bush is likely to cover different ground to the summit suggested by Sarkozy, Spicer said.

“When Sarkozy, Barroso and Bush meet they would not be talking about re-founding the IMF or creating a new type of capitalism, which Sarkozy has been calling for,” he said.

“President Bush has been talking about defending the free market principles dear to Americans, whereas Sarkozy has been speaking of a new kind of capitalism built on a human scale that does not enshrine the profit motive. So I think we’ll have a clash of ideals at this meeting.”

Ban has offered the summit proposed by Sarkozy to be held at the UN secretariat in New York, saying this would “lend universal legitimacy to this endeavour and demonstrate a collective will to face this serious global challenge.”

The global financial crisis has been most acutely felt in Iceland, which is on the verge of bankruptcy.

Three of the country’s major banks have been nationalised after they failed to meet loan commitments to other banks.

Icelandic leaders have appealed to Russia to lend soft loans, but Moscow has so far not made any commitment on lending. 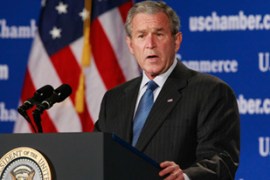 President says the country is in the midst of a “serious financial crisis”. 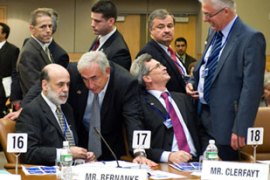 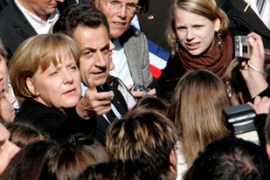 Meeting in Paris may engineer a Eurozone financial rescue package. 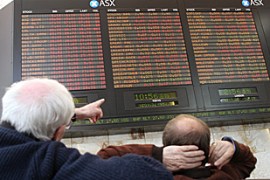