The settlers punched and kicked Abed Hashlamoun, a photographer for the European Pressphoto Agency (EPA), leaving a bloody scratch beneath one eye.

They also assaulted his brother, Nayef Hashlamoun, a Reuters photographer.

Janet Benvie, a British activist with Christian Peacemaker Teams, sustained a scratch to her lip after a scuffle with a settler who had grabbed a camera.

Benvie told Reuters television: “When I went to get the camera, one of the settlers punched me in the face.”

Footage showed Israeli soldiers arriving to break up the scuffle, but Benvie said they allowed the settlers to leave.

Al Jazeera’s correspondent in Ramallah, Nour Odeh, said: “This is not the first time … olive harvest season in the occupied West Bank sees a peak in settler attacks against Palestinian farmers.

“There are more than one million olive trees belonging to Palestinian farmers feeding about 100,000 Palestinians in the West Bank. Most of these groves border the Israeli settlements which are, of course, illegal by international law.

“Picking these olives often requires the permission of the Israeli authorities, but in any case it is a chance for increased friction between the farmers and Israeli settlers.”

Danny Poleg, a spokesman for the Israeli police in the West Bank said the area had been declared a closed military zone, effectively stopping the harvest.

Poleg said settlers and Palestinians had thrown stones at each other at the site.

Issa Amro, a Palestinian who works for the Israeli human rights group B’tselem, denied that any stones had been thrown and said police arrived after the scuffle had ended.

Poleg said no settlers had been arrested because no formal complaint had been lodged.

Three Israelis at the grove to help Palestinians with the harvest were later held for questioning after they refused police orders to leave, Poleg said. 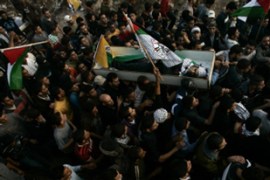 Clashes with Israeli troops result in two deaths in Ramallah. 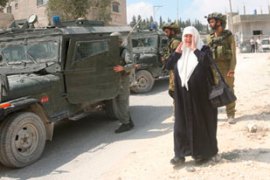 Shepherd shot dead near the West Bank city of Nablus and the Itamar settlement. 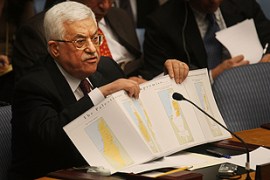