He said that Abu Qaswarah had trained in Afghanistan and oversaw fighters in northern Iraq who came from other countries.

According to the US military, Abu Qaswarah became the second-in-command of al-Qaeda in northern Iraq in June 2007 and had “historic ties to AQI [Al Qaeda in Iraq]founder Abu Musab al-Zarqawi and senior al-Qaeda leaders in Afghanistan and Pakistan”.

Al-Qaeda in Iraq is a group allied to Osama bin Laden’s al-Qaeda organisation.

Also on Wednesday, Iraqi police found the bodies of 22 men in a mass grave in southern Iraq, police and hospital sources said.

The men were said to have been shepherds and their corpses were already decomposing when they were found.

They were discovered in a deserted area west of Kerbala, a holy Shia city, about 80km southwest of Baghdad.

Abdul-Rahman Mshawi, a police spokesman in Kerbala, said: “Some were blindfolded, others were handcuffed. They went missing in late 2007 and their families have identified them.”

A doctor at Kerbala’s al-Husseini hospital said some of the men had been shot and others had been stabbed. 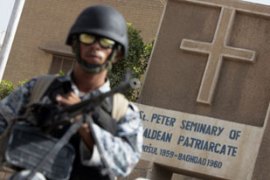 Muslim scholars call for action after a dozen killings in the country’s north. 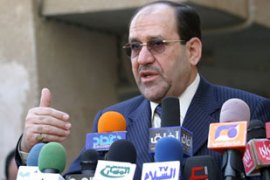