Ahmadi said that he expected Lashkar Gah to soon fall under Taliban control because of their escalated operations in the area.

Asadullah Sherzad, the provinicial police chief, told the Reuters news agency that dozens of Taliban fighters had attacked Laskar Gah on Wednesday. He said that 18 fighters were killed during a four-hour battle.

It was the second time the town had reportedly come under attack in recent days.

The Taliban, which was removed from power in a US-led invasion in 2001, controls several districts in Helmand, but the British military said that they had no chance of capturing Lashkar Gah.

“Almost 50,000 people live in Lashkar Gah,” Lieutenant Colonel Woody Page, a military spokesman, said. “The idea that it is just going to fall into the hands of few terrorists is nonsense.

“It is well-governed, has a disciplined police force and a strong military presence. Terrorism will not succeed here,” he told the AFP news agency.

Meanwhile, a spokesman for the governor of Helmand, said that about 70 Taliban fighters had been killed in an air raid in Baram Cha district overnight.

“Most of these Taliban are foreign fighters who entered Afghanistan to destabilise the country,” Dawood Ahmadi said.

Nato and US-led forces said they had no immediate information about the attack.

In a separate incident, the Taliban said it had attacked a convoy transferring “supplies” to foreign troops in Kandahar, killing at least 11 people.

They also claimed that eight lorries were destroyed in the attack.

The United Nations has said that Taliban attacks increased during July and August. 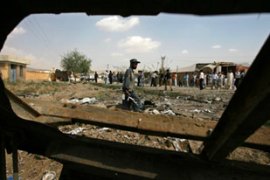 Envoy warns that attacks are at a six-year high and will continue over winter. 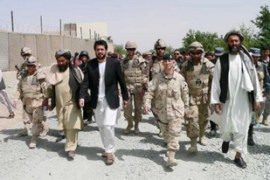 Nato troops are thought to be the target of the attack.