A few months ago, I travelled to Naples, in Italy, to report on hostility against the Roma, or Gypsy, people.

Neapolitans blamed the Roma for a crimewave, and burnt down one of their camps.

The story was posted on You Tube by Al Jazeera (you can watch it on the link to the right).

Here is a sample of some of the comments posted in response; “gypsies are just parasites”,  “gypsies cannot adapt to a modern way of living and will never be welcome”, “only a dead gypsy is a good gypsy”, and so on.

Many comments are not printable, but you get the drift.

Now, it is true that the anonymity of the internet has a depressing tendency to encourage people to publish offensive views.

But, reporting for Al Jazeera from Europe, I’ve been surprised by the widespread and deep-rooted prejudice against the Roma.

Sometimes it seems that the one form of racism that is still socially acceptable is that against the Roma.

Last week, I was in Kosovo, where the Roma are in a difficult situation.

About 150,000 Roma (at the risk of causing offence, I’m using the term “Roma” as short-hand for three different communities;  the Roma, the Ashkali and the Egyptians) lived in Kosovo in the early 1990s.

The exodus of Roma from Kosovo at the end of the war in 1999 did not receive nearly as much attention as that of the Serbs, but it was dramatic nonetheless.

In many parts of Kosovo, the returning Albanian population accused the Roma of having collaborated with the Serbs, and they drove them out in retaliation.

In perhaps the most shocking incident, in Mitrovica, Albanians destroyed an entire Roma neighbourhood, home to some 8,000 people, whilst international troops looked on.

But it is what happened next that is truly scandalous.

Nine years on, only a handful of those Roma people have returned to their homes in southern Mitrovica.

The UN, which has spent many millions on reconstruction in Kosovo, did not rebuild any of the Roma houses until 2006.

Hundreds of Roma have spent years living in squalid refugee camps which are contaminated with high levels of poisonous lead.

Activists blame the lead poisoning for several deaths, and believe that dozens of children have suffered irreversible brain damage.

The story of the Roma camps is long and complicated, with many competing interests, but one conclusion is inescapable; in Kosovo today, it’s impossible that any other ethnic group would have been treated with such indifference.

Ramadan Gidzic is a friendly Roma man, in his 50s. He lives in the village of Preoce, in a Serb enclave near Pristina.

He has been unemployed since 1999, when most Roma fled from Pristina, and he lost his job working in a library.

Two sons, seeing no way to make a living, have gone to Germany, taking their children with them. This is a typical story in Preoce.

Fifteen out of 50 Roma households have left, and others are preparing to go.

In private, many admit that they pay smugglers to help them travel to Germany illegally.

Ramadan misses his grandchildren, and worries whether any Roma will stay in Preoce.

He says “everyone with relatives abroad will sooner or later go; there is nothing to do here, and we can’t just stay here and starve to death”.

Some human rights workers think that Kosovo’s post-war Roma population is now declining even further, to the extent that there may be none left in five years.

Others say  population statistics are unreliable, and it is impossible to draw any conclusions.

It is certainly not true that all the Roma in Kosovo have given up hope of building a future there.

Perhaps the biggest challenge is education. In Kosovo school attendance by Roma children is notoriously poor.

According to a 2006 study, only 1.4 per cent finish secondary school. So it was a pleasant surprise to meet Tefik Agushi, who is 22 years old.

Tefik is the only Roma student at the American University of Kosovo, and a role model for his community.

He says that Roma children are disadvantaged at school by the absence of any instruction in their native language.

But he also says that with commitment, young Roma can achieve what they want.

“We can’t just sit back and wait for others to help us”, says Tefik, one young man determined not to allow prejudice to stand in his way. 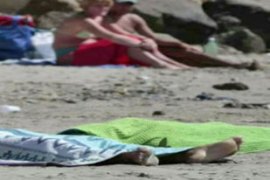 Eight central and eastern European countries have pledged to improve the plight of gypsies, or Roma, within the next 10 years. 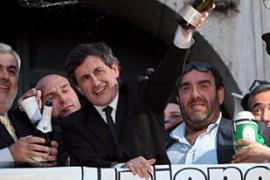 Gianni Alemanno has promised to crack down on crime blamed on immigrants. 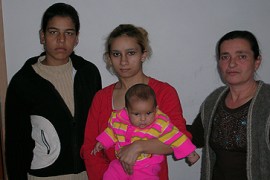 Minorities who fled the Kosovo war are returning to facilities built for them.