“We will bring it to a forum where the voices of the Moros will be heard,” he said.

He criticised the government of Gloria Arroyo, the president, for backing out of the deal after 11 years of negotiations, and warned that militants among the separatists opposed to the peace process may stage fresh attacks.

“After long years, we came to a point that seemed to bolster what the anti-negotiation groups are saying: that the government could not be trusted,” Mohagher Iqbal said.

Despite the latest setback, both sides said they will respect a 2003 ceasefire, which has been monitored by a handful of international observers. 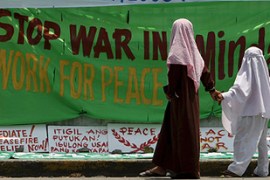 Supreme court rejects plan to handover control of towns and villages to separatists. 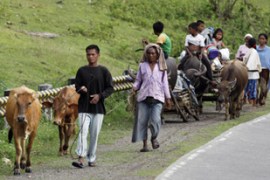 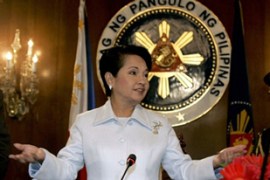 Government not to sign over more land and rights to Muslims in the south.