As Dion conceded defeat after Tuesday’s polls, he said that Harper would have his “full co-operation in these difficult economic times”.

He also appeared to rule out stepping down after the worst performance by the party since 1984.

“Canadians are asking me to be the leader of the opposition and I accept that responsibility as an honor,” he told a rally of supporters in Montreal.

Early vote counts published on the website of Canada’s election agency showed the Liberals in second place with 75 seats, while the Quebec-based Bloc Quebecois had 50 and the New Democrats 38 seats.

Harper had tried to campaign as a good economic steward but external events, including the crash on Wall Street last week, put Harper back where he started, leading a minority government, our correspondent explained.

The Conservatives sought to put a good face on the results, which did at least increase their presence in the lower house of parliament.

“Every other incumbent government in the Western world is in serious political trouble with the economic situation,” Jason Kenney, a Conservative MP, said.

“Ours is probably the only one that could be re-elected, let alone with an increased mandate.”

Harper was the first Western leader to contest an election since the global financial meltdown and a Conservative majority had looked within reach at times during the campaign.

But besides questions on the economy, Harper lost major support in Quebec over cuts to arts funding and plans to give adult sentences to violent youth criminals.

When it emerged during the campaign that another minority government was the most likely result, Harper faced criticism for having called the election in the first place at a cost of about C$300m ($260m) to taxpayers.

But he said that even if he only got a second minority, he would be in a stronger position than he had been two and a half years into the minority mandate he won in the 2006 election, since opposition parties would be less likely to topple him for now. 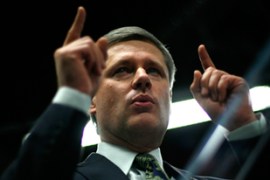 Stephen Harper expected to maintain his post as prime minister. 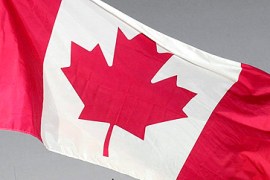