Although lawyers from the US justice department had permitted the agency’s interrogation methods, which began in 2002, senior CIA officials wanted the Bush administration to give the programme an endorsement in writing, the Post reported.

The request by Tenet to get a written endorsement of the CIA programme reflected unease that the Bush administration might absolve itself of decisions taken about the handling of captured al Qaeda leaders, the Post said, citing anonymous former intelligence officials.

Tenet first asked the White House for written approval in June 2003 during a meeting with members of the National Security Council, the Post reported.

Soon after, Tenet received a brief memo from the Bush administration, giving explicit approval for the CIA’s interrogation methods, the officials were cited as saying by the Post.

Tenet requested a second endorsement of CIA interrogation from the administration in June 2004, the newspaper reported.

The request was made after the abuse of Iraqi detainees by US soldiers at Baghdad’s Abu Ghraib prison became public, it said.

Administration officials confirmed the existence of the memos, but neither they nor former intelligence officers would describe the still classified documents in detail, the newspaper reported. 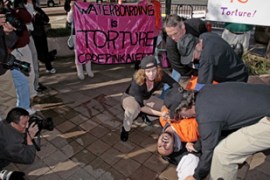 US House of Representatives votes to outlaw harsh interrogation methods. 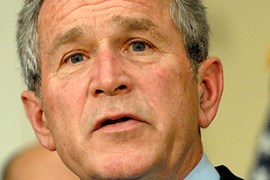