Investigators found that police had used three types of tear gas but “relied heavily on tear gas made in China” which was “potentially highly damaging” and could “cause death and injuries”.

Pornthip Rojanasunand, the director of Central Institute of Forensic Science, said an experiment conducted by her institute showed that the Chinese-made gas had high levels of RDX, a chemical used to make bombs and is not a standard component of tear gas.

Tests over the weekend found that a Chinese-made tear gas canister fired from a shotgun left a crater 8cm wide and 3cm deep, Pornthip said, noting that it also “left a hole in a metal pipe”.

However, she said that although a 28-year-old woman, one of the three people killed last week, had a chest wound “roughly the same size” as the Chinese tear gas canister, it was too soon to tell if that had caused her death.

“But comparatively, the American [tear gas] is safer.”

Some canisters of tear gas from the US and Spain were also used during the protests.

The People’s Alliance for Democracy, which has been leading the Bangkok protests over the last few months and accused the police of brutality, said it will hold a demonstration outside the police headquarters on Wednesday. 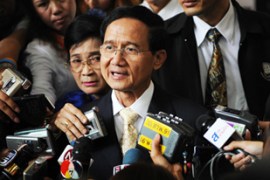 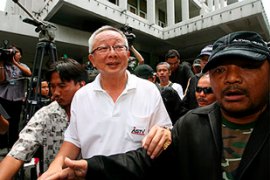 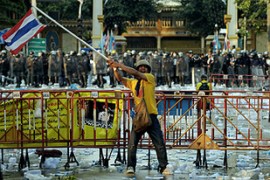