Hundreds of others held prayers, lit candles and placed wreaths at government headquarters and at the accident site.

The Alliance has named Stefan Petzner, the party spokesman and a close associate of Haider, as his successor.

“I’m stepping into big shoes, but I will walk in them without falling,” Petzner said.

Haider’s death has prompted speculation that the Alliance and the Freedom Party (FPOe), which he had turned into a political force in the 1980s and 1990s, will merge.

Andreas Molzer, an FPOe member of the European parliament, said: “A co-operation, regardless of its form, could be Mr Haider’s legacy.”

Petzner said there would be no talks about a rapprochment between the two parties for now, but analysts have suggested that it could be difficult for the party to survive without Haider at the helm.

Peter Ulram, a political analyst, said: “Outside its traditional fiefdom in Carinthia, the BZOe probably has no chance of surviving on a national level.

“Nobody has the stature to succeed Haider.”

Haider had changed from a young firebrand to an experienced politician in the past decade, helping the BZOe party, only founded in 2005, to its best result in general elections held last month.

He had led the right into a coalition government from 2000 to 2006, but his anti-foreigner comments and apparent endorsement of some Nazi policies had led to international condemnation.

In the 1990s, he reproached Austria’s government by citing the “proper labour policies” of Adolf Hitler’s Third Reich. On another occasion he referred to Nazi concentration camps in a parliamentary debate as “penal camps”.

He once praised veterans of the murderous Waffen SS as “decent men of character”.

Roland Adrowitzer, a correspondent with the Austrian broadcaster ORF, who knew Haider, told Al Jazeera that he was quite left leaning on social matters and regretted making any comments about Nazi policy years later.

“He was an outstanding political talent. You could like him or dislike him, but he never left anyone untouched,” Adrowitzer said.

“He was very charismatic… He presented himself in the [recent] election as a matured politician.

“He was one of the key players in Austrian politics.” 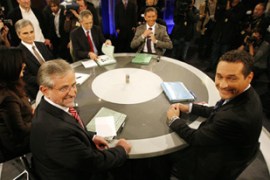 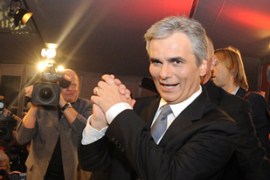