Many shops and restaurants in the old town, a popular tourist destination, were either closed or bereft of any business on Saturday.

Abbas Zakour, an Arab politician from Acre, said he was trying to mediate a truce under which representatives of Arab residents would condemn the driver involved in the Yom Kippur incident.

“These have been a few difficult days for Jews and Arabs,” Zakour said. “We should sit down together. I hope we succeed.”

“The atmosphere in the city is not one that is right for a festival,” Albert Ben-Shushan, the festival’s director, told Israel’s Army Radio.

“When it all ends, and fades, and the dust settles, we’ll decide.”

But some MPs criticised the decision to call off the festival, which brings thousands of visitors to Acre and is a major boost for local businesses.

“It  is an expression of co-existence in Acre,” Ophir Pinez-Paz, who heads the Knesset’s Internal Affairs Committee, said. He insisted that the festival should be held “despite the events and maybe because of them”. 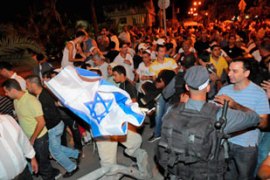 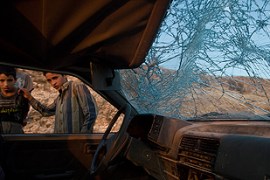