Alphonsa is credited with curing illness and disease after her death in 1946, with the Vatican approving the reported miracle cure of Genil Joseph, a congenitally deformed child, in 1999.

Alphonsa was beatified in 1986.

The canonisation comes at a time when Christians, who make up just over two per cent of India’s billion-plus population, have come under fresh attack amid long-running tensions over religious conversions.

The murder of a Hindu leader in eastern Orissa state in August sparked some of the worst anti-Christian riots in decades, killing about 35 people and damaging dozens of churches.

“I urge the perpetrators of violence to renounce these acts and join with their brothers and sisters to work together in building a civilisation of love,” Benedict said.

Thousands of Christians packed into a small church and a school auditorium in the Kerala town of harananganam, where Alphonsa lived, to watch the canonisation ceremony.

Special masses were also held in Catholic churches across Kerala, where Saint Thomas, one of the 12 apostles, is believed to have arrived in 52AD, bringing Christianity to India, a secular country with a dominant Hindu population.

“At a time when evil is so widespread, it is good to have something like this to keep our spirits up,” Sister Grace Kalriparambil, 77, who knew Alphonsa.

Alphonsa is India’s second saint after Gonsalo Garcia, of Portuguese parentage, who was canonised in 1862.

Albanian-born Mother Teresa, who served the poor and destitute in Kolkata, was beatified in 2003, a first step to canonisation. 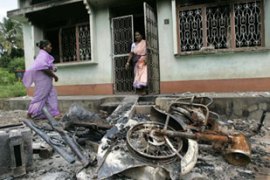 Catholic schools shut in protest over attacks by Hindus in Orissa state. 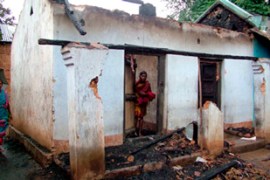 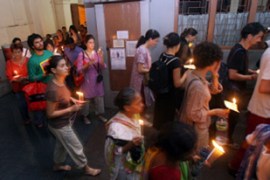 Nun who worked for the poor is remembered on the 10th anniversary of her death.