The targeted compound was the residence of Taliban member Omar Daraz, the official said.

There was no immediate confirmation of the strike from the Pakistani military or from US-led forces in Afghanistan.

A similar suspected US missile strike on a house in the same district on Thursday killed nine people including six Arab fighters, according to security officials.

Elsewhere in Pakistan, mourners on Saturday buried victims of a suicide bombing near the border that targeted anti-Taliban tribesmen moving to evict fighters from their region.

Asghar Khan, a government official, told AP that authorities had tallied at least 34 bodies, but that as many as 25 other bodies may have been taken away by relatives in Orakzai, one of Pakistan’s seven semi-autonomous tribal regions.

Some media reports put the death tally from the Friday attack much higher.

One unconfirmed TV report late on Saturday said 113 people died in the bombing.

A security official said that Friday’s attack occurred a day after tribesmen had targeted two hideouts belonging to pro-Taliban groups operating in the area.

It also came a day after four tribal elders in Bajaur, a tribal region north of Orakzai, were abducted and beheaded after attending another pro-government meeting, officials said.

“People will tell you that Pakistan is already in a state of war. Every day there are suicide bombings,” Al Jazeera’s Kamal Hyder, reporting from the North West Frontier province, said.

“The violence is escalating at a time that the national assembly is not able to come to grips with the situation.” 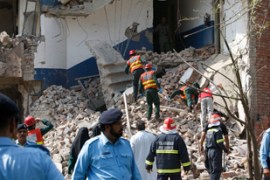 Pakistan’s tribal areas on the border with Afghanistan have long been a natural haven for those seeking to escape the attentions of the state. 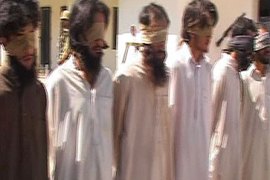