Palin says Monegan was fired as part of a legitimate budget dispute.

“I feel vindicated,” Monegan said. “It sounds like they’ve validated my belief and opinions. And that tells me I’m not totally out in left field.”

Stephen Branchflower, who led the investigation, told the bipartisan committee that Palin had violated a state ethics law that prohibits public officials from using their office for personal gain.

Supporters of Palin and John McCain, the Republican party’s presidential nominee, had hoped results from the investigation would not be released until after November’s election.

The investigation began before Palin was selected as the vice-presidential nominee for her party and McCain said he was aware of the controversy when making the choice.

Al Jazeera’s Rosiland Jordan said: “There were concerted efforts by John McCain’s campaign to dissuade this investigation from going forward.

Jordan said the report could prove a disastrous blow for Palin, “especially when you consider polling in the last couple weeks”.

“Her poll rating has gone down … this is not the sort of thing you want coming out just 25 days until the election,” Jordan said.

Republicans, however, cautioned against making too much of the report.

Gary Stevens, a state senator on the investigating committee, said: “I think there are some problems in this report. I would encourage people to be very cautious, to look at this with a jaundiced eye.”

The almost 300-page report did not recommend sanctions against Palin, nor a criminal investigation. 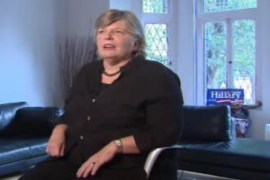 Video: ‘Why Palin inspires me’

A former Hillary Clinton supporter explains why she has switched sides. 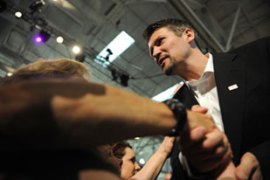