Asked if Russian forces had returned to positions they held prior to the conflict as required by the agreement, the French foreign minister said: “Not yet”.

“Negotiations will begin in five days in Geneva. Nothing is perfect, it’s a long road, step by step,” he said. “For the moment it seems to be relatively satisfying.”

Russian forces remain in at least two positions they did not hold prior to the conflict – the Akhalgori district of South Ossetia and the Kodori Gorge in Abkhazia.

Javier Solana, the EU foreign policy chief, also said that he believed Moscow had complied with the deal and hoped the pullout would “allow internally displaced people to return to their homes and contribute to the normalisation of living conditions in these areas”.

He said the presence of at least 300 EU monitors “will decrease tensions, contribute to a sense of security and enhance respect for the rule of law”.

However, Eka Tkeshelashvili, Georgia’s foreign minister, said that Moscow was not fully respecting the ceasefire and there would be no return to normal relations until it did.

“It will be very dangerous and shortsighted to return to business-as-usual with Russia unless Russia commits to return its troops to their positions before the Russian invasion of Georgia,” Tkeshelashvili told reporters during a visit to Estonia.

She welcomed Moscow’s pullout but said the process was far from complete.

“There are several Georgian checkpoints still held by the Russian military. Russia should also allow a full access of observers and humanitarian personnel to all Georgian territory,” she said.

Dmitry Medvedev, Russia’s president, said that Moscow had fulfilled its part of the plan to resolve the situation and stressed that the leaders of the breakaway regions of South Ossetia and Abkhazia must be included in talks on the issue.

“Everything that depended on us we’ve done. All the obligations we undertook … we have fulfilled,” he said at the close of a regional summit in Kyrgyzstan.

Medvedev said that representatives of the two governments, which have been recognised as independent by Msocow, should be given fully-fledged seats at talks to take place next week at the UN headquarters in Geneva.

“For us, it’s key that right from the start, in all formats, our partners Abkhazia and South Ossetia participate, because this directly concerns them,” he said.

“It is encouraging that Russia seems to withdrawing its forces back to the pre-conflict lines, but we are not in a situation where we go back to business as usual,” Scheffer said.

The alliance, whose defence ministers were meeting in the Hungarian capital of Budapest on Friday, froze meetings last month.

EU foreign ministers will meet in Luxembourg on Monday to evaluate whether Russia has complied with the terms of a truce to end hostilities.

The decision, on which the 27 member state appear split, will determine when suspended EU-Russia talks on a new wide-ranging partnership agreement can resume.

Some EU countries are concerned that Russia has boosted its forces in both South Ossetia and Abkhazia, which it has recognised as independent states. 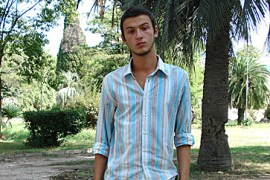 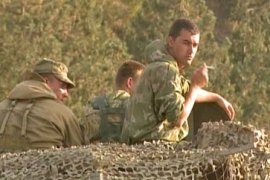