According to Robert Gates, the US defence secretary, the drug trade brought the Taliban at least $60m a year.

“Isaf can act in concert with the Afghans against facilities and facilitators supporting the insurgency subject to the authorisation of respective nations,” Appathurai said after discussions among the ministers in Budapest, the Hungarian capital.

Germany and some other Nato states including Spain, have been wary of extending the role of the Nato mission.

Berlin is concerned it could worsen the violence and increase the risk to its forces.

Jaap de Hoop Scheffer, the Nato secretary-general, said that action was needed as drug money was being used to buy weapons.

Craddock and Gates argue that tackling the narcotics industry was a fundamental part of the strategy to defeat the Taliban and allow the Afghan government to establish control throughout the country.

“Nato is charged with a safe and secure environment,” Craddock said.

“You cannot have a safe and secure environment with a scourge of narcotics rampant.”

Navy Admiral Mike Mullen, the senior US military officer, said on Thursday that violence in Afghanistan would escalate in 2009 unless the US and other countries moved quickly to fight the Taliban with troops and assistance.

Mullen, chairman of the Joint Chiefs of Staff, said that the US, Nato and other countries had failed so far to forge the kind of strategic unity necessary to stem the rise in violence. 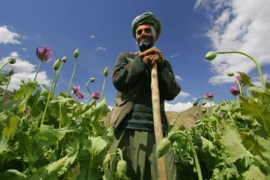 General Khodaidad says the police must be better equipped to fight the drug trade. 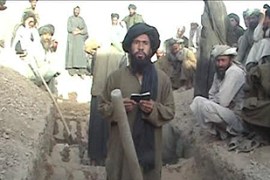 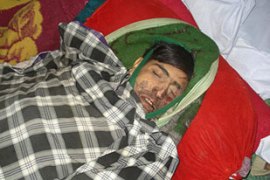 More civilians died in US attack on village than previously reported, report finds.

‘Where is the security?’: Brother of slain Afghan woman judge