Ony hours before the vote, an attack on a bus near the mainly Kurdish city of Diyarbakir in the southeast of the country killed three police students and a civilian.

Late on Tuesday, four fighters were killed in Sirnak province, while a wounded soldier died in hospital, also in Diyarbakir.

Speaking before the parliamentary vote on Wednesday, Recep Tayyip Erdogan, the Turkish prime minister, stressed his country’s right to self-defence and said Ankara would launch a cross-border incursion if necessary to rout the PKK.

Such an operation will be carried out “if need be, at the right time and under the right conditions with a view of obtaining the right result”, he said on Tuesday.

Erdogan said that officials would discuss calls to set up a military buffer zone inside northern Iraq along the border to stop PKK infiltrations, but indicted his reluctance about the move, proposed by a nationalist opposition party.

“We will discuss this with the armed forces and if it is really necessary, we will take this step,” Erdogan said.

The army last week also said a buffer zone would be difficult to maintain because it would require a large number of troops and pose logistical hardships to sustain them.

Under the previous mandate, which was set to expire on October 17, the Turkish army has carried out several air strikes in northern Iraq as well as a week-long ground incursion in February.

The operations were backed by intelligence from the United States which nonetheless fears that a large-scale Turkish intervention could destabilise Iraq’s relatively calm north.

Since January, Turkish forces have killed 640 PKK fighters, about 400 of them in cross-border operations in northern Iraq, according to army figures.

Ankara charges that about 2,000 PKK activists are holed up in the autonomous enclave where, it says, they enjoy free movement, are tolerated by the region’s Kurdish leaders and obtain weapons and explosives for attacks in Turkey.

Iraqi authorities have repeatedly pledged to curb the PKK, but say the group takes refuge in mountainous regions difficult to access.

The PKK, considered a terrorist group by Turkey, the US and the European Union, has been fighting for self-rule in the mainly Kurdish southeast and east of Turkey since 1984. 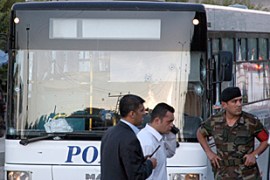 The Kurdish rebel movement that has been fighting for autonomy in the southeast of Turkey since it took up arms in 1984 has declared a unilateral ceasefire. 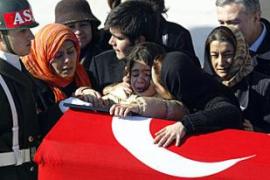 Iraq fears Ankara’s operation could lead to clashes with its own Kurdish security forces.

Iraq fears Ankara operation could lead to clashes with its Kurdish security forces.