On Tuesday the airliner carrying 303 passengers and 10 crew members from Singapore to Perth lost altitude and plunged, tossing unbelted passengers to the ceiling and injuring more than 70 people.

The Airbus A330-300 was forced to land at an airfield near Learmonth in Western Australia after issuing a distress call.

Julian Walsh, the director of the bureau’s aviation safety investigation, said the pilots received electronic messages “relating to some irregularity with the aircraft’s elevator control system”.

He said the aircraft then “departed level flight”, and climbed approximately 90 metres.

“The crew had initiated the non-normal checklist response actions. The aircraft is then reported to have abruptly pitched nose down,” he told reporters.

Walsh said 14 people suffered concussions and broken bones while 30 others were treated for minor bruises and stiff necks.

Investigators have since quarantined the plane’s flight data recorder and cockpit voice recorder as they prepared to interview the crew and the passengers.

A spokesman from the Australian carrier said the airline had no immediate response and no update on the incident.

Although Qantas has a generally safe flying record and has never lost an aircraft, it has had a string of safety-related incidents in recent months.

In July, 365 people escaped serious injury when an oxygen canister exploded and punched a hole in the fuselage of a Boeing 747-400.

Australian investigators in August announced a safety review of Qantas after two other incidents involving its aircraft occurred within two weeks of each other.

On July 28, a Qantas Boeing 737-800 returned to Adelaide after a landing gear door failed to retract, while in early August a Boeing 767 bound for Manila turned back to Sydney after developing a hydraulic fluid leak.

The Civil Aviation Safety Authority (Casa) later said there was no evidence to suggest any links between the three mid-air emergencies on Qantas flights. 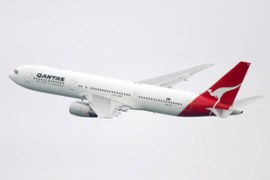 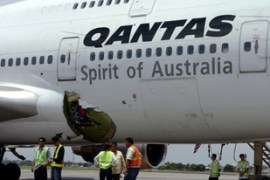 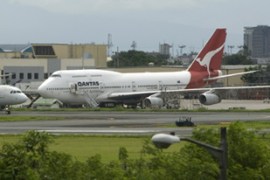 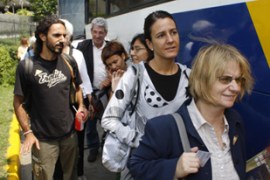