A government offensive in Bajaur that began in early August has claimed some 1,000 lives.

It comes amid increased US pressure on the government of Asif Ali Zardari, the Pakistani president, to crackdown on armed groups in the restive border region where al-Qaeda leader Osama bin Laden is believed to be hiding.

Washington has long complained Pakistan is unwilling or unable to take strong action against the armed fighters.

Zardari has pledged his co-operation in the US ‘war on terror’, but he must tread carefully given strong domestic opposition to his country’s alliance with Washington.

This balancing act has become increasingly complicated because of increasing US missile attacks against suspected al-Qaeda and Taliban hide-outs in Pakistan’s northwest and more recently by Zadari’s comments to The Wall Street Journal suggesting he had consented to the strikes.

“We have an understanding, in the sense that we’re going after an enemy together,” the newspaper quoted him as saying on Saturday.

On Monday, Farhatullah Babar, a Pakistani government spokesman, insisted there was no deal allowing the US to fire missiles at targets in Pakistan, saying the journalist had read too much into Zardari’s comment and that the president was talking in generalities about fighting terrorism.

“The official position is that we do not allow foreign incursions into Pakistani territory,” Babar said.

In the latest in a string of bombings against government, military and Western targets in Pakistan, a suicide bomber attacked a legislator’s home in the east of the country on Monday, killing 15 people and wounding 50. 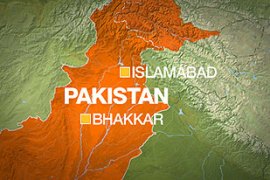 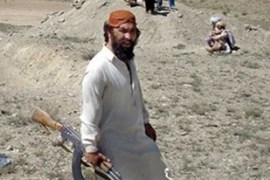 Tribal volunteers attack homes of Taliban leaders and their supporters.