The council’s approval means Iraq can now go ahead with the election of provincial councils – a benchmark set by the US for achieving national reconciliation – which had originally been scheduled for October 1.

The law is expected to empower the new provincial councils to press ahead with economic reconstruction.

But in a move that has drawn UN criticism, MPs removed a clause that would have reserved seats on provincial councils for Christians and other minorities.

The presidency council called on MPs to reinstate the clause, the official said.

Elections will be held early next year in 14 of Iraq’s 18 provinces.

During the passage of the law in parliament, MPs agreed to postpone elections in Kirkuk.

Voting there will not take place until after March 2009 and the existing multi-communal council will continue to administer the province.

A committee consisting of two representatives each from its Arab, Kurdish and Turkmen communities and one from the Christian community will prepare the groundwork for elections in Kirkuk.

The province has been contested and the government of Saddam Hussein, which was dominated by Sunni Arabs, relocated Sunni and Shia Arabs, to the area to change its ethnic makeup and prevent its oil wealth from being used by the Kurdish opposition. 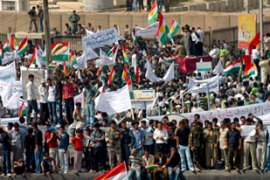 Local elections look set to go ahead after MPs make concessions over city of Kirkuk. 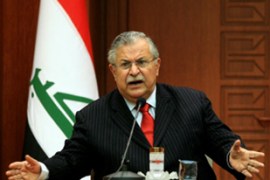 Talabani says he will not accept the bill after Kurdish MPs boycotted vote.