UBS has been forced to write down more than $42.5bn worth of assets and post successive quarterly losses since the US subprime mortgage market soured.

Its shares have been volatile, plunging more than 10 per cent this week as governments intervened to prop up several other European banks.

Jerker Johansson, the chairman and chief executive officer of UBS Investment Bank, said on Friday that the problems posed by the global financial crisis “require us to recalibrate our business”.

“While the revenue outlook is uncertain, these measures will allow us to focus on our strengths, reduce the cost base to a more sustainable level and position our core businesses for growth once fundamentals improve,” he said.

The bank also announced on Friday that its investment unit would cease dealing in commodities other than precious metals, and would “substantially downsize” property and securitisation trading.

The bank had been expected to announce the cuts at its extraordinary general meeting in Basel on Thursday.

Instead, UBS said at the meeting that it had turned a corner, with its third quarter expected to yield small profits.

Analysts at Bank Vontobel, a private Swiss bank, said UBS is “further raising confidence levels” with its move to revamp the bank.

It also said that moving out of some businesses, such as real estate and securitisation trading, is the “right strategy as this business will likely remain subdued for a very long time.”

However, analysts at Zuercher Kantonal, a Zurich-based bank, said that the changes to UBS were “not particularly surprising”.

“As warned yesterday, we would further reduce our earnings’ estimates due to the ongoing market turbulences,” the bank said.

In early morning trading, UBS shares were up 3.29 per cent, while the overall market was down 0.99 per cent.

Separately, UBS confirmed Swiss news reports on Friday that it has frozen some accounts belonging to American clients as part of the ongoing investigation into its business practices in the US.

US authorities are trying to determine whether UBS bankers violated agreements with the country’s tax authorities. 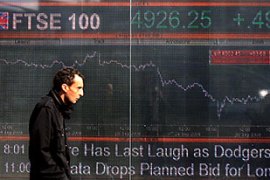 Stocks mixed in US vote run-up 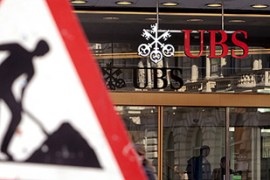 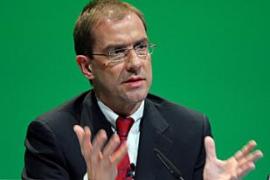 Country’s largest bank reports net loss of $11bn for the first quarter of this year.