Clinton has seen her lead disappear, with the Rasmussen survey, carried out the day after Obama’s victory in last Thursday’s Iowa caucuses, putting Obama ahead by 10 points.

And a national poll by USA Today/Gallup said that Obama and Clinton each drew 33 percent support from Democrats, compared to an 18-point lead for the former first lady in mid-December, well before Obama’s win in Iowa.

Among the Republicans, surveys show John McCain is ahead of his nearest rival, Mitt Romney, while Mike Huckabee, the winner in Iowa, said he would do “better than expected”.

Obama is hoping to sustain momentum from his Iowa caucus victory while Clinton, a senator from New York and a former first lady, is looking to recover from her stinging third place finish for a chance to become the first female president.

As they headed for the critical primary on Tuesday, both candidates derided each other’s claims of being the true agent for change.

Clinton‘s remark of being “a doer, not a talker” was countered by Obama, a first-term senator from Illinois, saying his critics were stuck in the politics of the past.

Obama, who is bidding to become the first black US president, said during campaign stops in New Hampshire that their votes could propel him to the Democratic nomination.

“You will have the chance to change America in two days’ time,” he said on Sunday.

Following a Democratic debate late on Saturday, Clinton said she felt “really good” about it adding that they were “starting to draw a contrast between talkers and doers”.

“It is about how we bring about change by making sure we nominate and elect a doer and not a talker, that we begin to separate out rhetoric from reality,” she told supporters in Nashua.

In a recorded message on the same day, Obama’s campaign accused Clinton‘s team of “last-minute smears” on an abortion spat saying he was not pro-choice.

A Clinton mailing had accused Obama of failing to stand up for the right to choose abortion while serving in the Illinois senate.

The race for Republican nomination also heated up as McCain and Romney, a former Massachusetts governor, headed for New Hampshire.

The senator from Arizona who is competing with Obama for New Hampshire‘s large section of independent voters said he was feeling good but still cautious about New Hampshire.

“We’re seeing obviously an increase in turnout and enthusiasm,” McCain said in Salem. “But we still have a long and hard trip for the next 48 hours.”

Romney, speaking at a rally in Nashua, said he doubted McCain would stand up well against Obama, who he said is succeeding against veteran Democratic senators in the presidential race.

“Are we going to do the same thing and put another long-serving US senator up against him for him to talk about,” Romney said.

“Or are we going to put somebody, I hope it’s me, somebody who has spent his lifetime not just in politics, not in Washington, but changing things?”

Meanwhile Huckabee, the former Republican Arkansas governor who came out first in Iowa caucuses but is trailing in New Hampshire, was confident of doing “better than expected”.

Speaking of “a brotherhood” of sorts with McCain, he said Romney had brutally assaulted them both by distorting and misrepresenting their records.

Huckabee said his victory in Iowa was a sign that people believed in his clear positions. 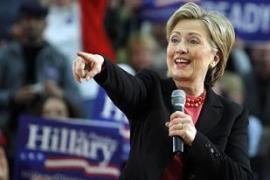 Clinton concerned over next primary as Obama pulls into virtual dead heat with her. 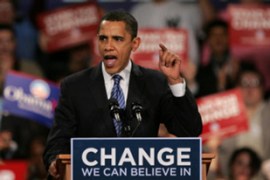 Obama and Huckabee win in Iowa, but face close contest in New Hampshire. 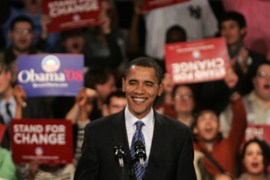 Huckabee and Obama win in Iowa

Hillary Clinton and Mitt Romney defeated as the race to be US president kicks off. 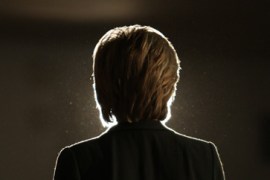 Al Jazeera’s Rob Reynolds on why Iowa could hold the key to the US presidency.