By
Lamis Andoni
Even before George Bush, the US president, arrives in the Middle East, Israel has its red lines all drawn up: It will continue its control of the West Bank and the Gaza Strip and expansion of Jewish settlements despite the ongoing talks with the Palestinians.
Israeli actions and words have left Palestinian negotiators little room to manoeuvre, signalling “a peace process” that gives Tel Aviv the upper hand both on the ground and at the negotiating table.
But it is the policy of accommodation of US terms pursued by the Palestinian Authority (PA) to deliver relief and place the Palestinians on the path of independence, that was dealt a serious blow as it struggles to assert its authority over the Hamas leadership.

Israeli escalation of military raids and plans to expand Jewish settlement’s in occupied East Jerusalem have already undermined the PA’s immediate goal of engaging in negotiations after the US-sponsored conference in Annapolis last November.

A halt to Israeli settlement expansion and ensuring the security of residents in the West Bank, in addition to the promised flow of donor aid, were supposed to be the fruits of the PA’s political strategy of engagement in US-sponsored peace talks – especially since the Hamas takeover of the Gaza Strip last June.

The government of Salam Fayyad defied scepticism and challenges from Hamas by accommodating Israeli and US terms of entering unconditional negotiations, and more singnificantly by undertaking the unprecedented disarming of Fatah fighters in the West Bank.
Both Mahmoud Abbas and Fayyad have long argued that the Palestinians could gain US and international community support for their demands to stop Israeli raids and settlements construction if they asserted control over Palestinian armed fighters.
Strategy of accommodation
The strategy of accommodation was also crucial to further discredit Hamas leaders, and win the support of Palestinians in both the West Bank and the Gaza Strip under the PA leadership.
For while Hamas derived a lot of its moral power in the besieged Gaza Strip by declaring itself as representing the resistance, the PA was laying claim to a realistic political strategy that would end  the occupation.
But Israel threw the PA into disarray and shattered its hopes that its accommodating policies could convince Bush to pressure Israel to stop the settlements expansion and military raids – at least in the West Bank.
Since Annapolis, however, Israel has acted to the contrary by announcing new plans to construct housing units in East Jerusalem, and by increasing its incursions into the West Bank and inflicting deadly damage on the Gaza Strip.
Nevertheless, the PA, albeit getting discouraged by the day, remained hopeful that its strategy would impress Bush, who may be willing to finally place pressure on Israel to ensure his mark in the history of failed peacemaking in the Middle East.
Pressure to suspend talks
In fact, Abbas has been under consistent pressure, even from his own Fatah faction, to suspend the talks that are quickly losing credibility among the majority of Palestinians.
Abbas aides say that the PA, frustrated and at times insulted by Israeli intransigence, has been tempted to boycott the talks. But it decided against that mainly for fear such a step would give Israel a pretext to pursue and even escalate its policies of attacks and settlements building.

“Boycotting the talks is not an option,” a top PA official said. “We could lose all the international goodwill that we have garnered at Annapolis.”

The PA is also wary of losing a part, if not all, of the $7bn in aid pledged at an international donors conference in Paris last December. Most of the aid package hinges on the progress in Israeli-Palestinian talks and the PA’s ability to stop attacks on Israel.
Turning in arms
Abbas and Fayyad were confident they could deliver – at least in the West Bank. With Abbas’ backing, Fayyad talked to leaders of al Aqsa Martyrs Brigades into turning over their arms and join the Palestinian security apparatus.
Fayyad even succeeded in getting fighters off the streets and effectively banning appearance of fighters from all Palestinian groups in towns, villages and refugee camps. This last achievement was welcomed by most Palestinians who were yearning for internal law and order.
Fayyad’s main goal, however, was to prove to Palestinians that by giving up armed struggle against Israel, Israel would be deprived of a pretext to attack their towns and would secure USn backing for a halt on settlements.
But the Israeli government rewarded Fayyad by announcing more plans for settlements construction and, most painfully, by invading Nablus last weekend.
‘Security plan’
Nablus, once a bastion for Palestinian resistance, was the showcase of Fayyad’s “security plan” that reined in armed groups.
Not only did the Israelis round up Fatah activists, but to Fayyad’s shock, arrested all the former fighters who had joined the security forces and committed to abide by the rule of law.
The fighters had agreed to turn over their arms in return for Israel removing them from its wanted list. Some members of Fatah brigades have already issued death threats to Fayyad, accusing him of setting up their comrades for Israel to arrest.
More significantly, the Nablus operation sent the message that Israel did not differentiate between the Fatah-led West Bank and the Hamas-run Gaza, and that the two areas will remain under its security control.
Thus as Bush arrives, the Israeli actions have not only weakened the PA but also its strategy of diplomatic accommodation.
Source : Al Jazeera 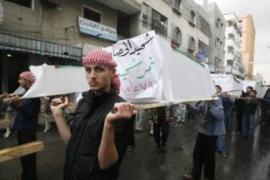 Protest in Gaza against Bush visit 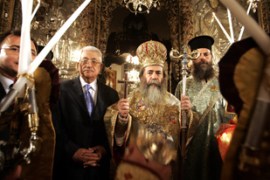 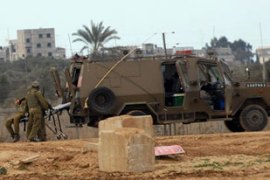 Seven Palestinians killed in Gaza as Olmert vows to hit back after rocket attacks. 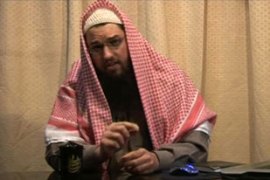 Video message calls for US president to be welcomed to the Middle East “with bombs”.