In addition to its military operations, Israel has been blockading Gaza and scaling back fuel shipments to the territory.

On Sunday, a Palestinian official said Gazans will have their electricity cut for eight hours every day because of the Israeli fuel cutbacks.

A Palestinian teenager was killed during the latest Israeli incursion in Gaza on Sunday.

Ziad Abu Raqba died after being shot in the chest during an incursion east of the Al-Bureij refugee camp in the centre of the territory, doctors said, adding that the 17-year-old was not a member of an armed group.

Thirteen other people were wounded during the operation involving Israeli jeeps, armoured vehicles and bulldozers backed by helicopters, they said.

At the start of the weekly cabinet meeting, Olmert termed the rocket attack on Thursday on the Israeli city of Ashkelon “an escalation in terror activity”.

Wael al-Dahduh, Al Jazeera’s correspondent in Gaza, said the latest Israeli orders will represent nothing new for the Palestinians on the ground.

More than 20 Palestinians have been killed in four days in various areas in Gaza Strip, he said.

On Sunday a member of an armed Palestinian group was killed and four others wounded in an Israeli air raid on the north of the Gaza Strip.

A Palestinian fighter was killed and three others wounded on Saturday when Israeli forces fired an anti-tank missile into the northern Gaza Strip.

The dead man was named as a member of the Executive Force, the police force of the Hamas movement which seized control of the Gaza Strip last June.

The four men were targeted by the missile near the town of Beit Hanoun, a source said. 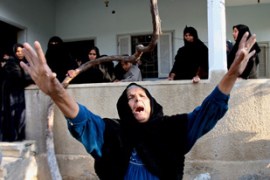 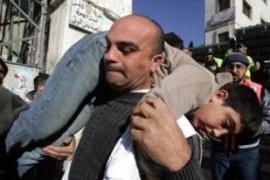 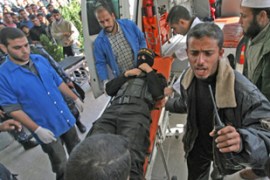