“Unfortunately, we have not yet received a complete and correct declaration and we urge North Korea to deliver one soon so that we can all get the benefits offered in the six-party process,” Gordon Johndroe, White House spokesman, said.

Under a six-nation deal agreed in Beijing in February, North Korea agreed to disable and declare all its nuclear programmes in return for energy aid and political concessions.

The six-nation deal involves the two Koreas, the US, Japan, China and Russia, and the comments came as the US state department said Christopher Hill, chief nuclear envoy, would arrive in Tokyo on Monday to begin a tour of Asia.

The North shut down its only functioning reactor at Yongbyon in July, and began disabling it and other facilities under the watch of US experts in November.

“We still hold hope that the October 3 agreement will be implemented smoothly if all countries participating in the six-party talks make sincere efforts based on the principle of action-for-action,” the North Korean foreign ministry statement said.

Earlier this week a spokesman for the US state department said Washington would continue to press North Korea to deliver on its disarmament commitments.

“We’re going to keep hammering away at it. We’re not lowering the bar,” Sean McCormack said.

Friday’s dispute came as a North Korean newspaper said that the country was bolstering its “war deterrent”, accusing the US of planning a nuclear war.

The editorial in the Rodong Sinmun newspaper said that the US was modernising its nuclear arsenal under its “aggression strategies”.

“Our republic will continue to harden its war deterrent further in response to the US stepping up its nuclear war moves,” it said.

Meanwhile, in a separate editorial, carried in the Minju Joson newspaper, said the country had no option but to slow disablement work, because the US and other parties had delayed fulfilling their commitments under the disarmament pact. 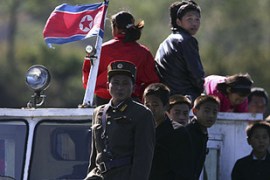 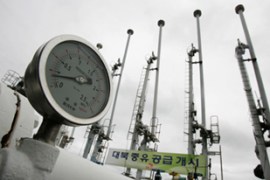