The report, released on Thursday, examined the human rights situation in more than 75 nations.

It reported that Western governments too often did not press governments on human rights issues such as a free press, peaceful assembly and a functioning civil society with the capacity to challenge power.

“It seems Washington and European governments will accept even the most dubious election so long as the ‘victor’ is a strategic or commercial ally,” Kenneth Roth, executive director of Human Rights Watch, said in a statement.

The group also criticised the Bush administration in particular for saying it was commited to global democracy but not condemning other countries’ rights abuses.

It also cited elections in Nigeria, Kenya and Pakistan for particular criticism.

While the US had at least “expressed concern” over Kenya’s election, in Nigeria the US government had “left the impression in Nairobi that fraud would be tolerated”, the organisation said.

“Nigeria’s leader came to power in a violent and fraudulent vote, yet he’s been accepted on the international stage,” Roth said in the statement.

Meanwhile, in Pakistan, the organisation said that Pervez Musharraf, the Pakistani president, had undermined the possibility of having free elections next month by revising the constitution and sacking the independent judiciary.

“[Despite this] the United States and Britain, Islamabad’s largest aid donors, have refused to condition assistance to the government on improving pre-electoral conditions,” the report said.

Ahead of the report, the US state department said it did no think there was “any question” about where the US stood in terms of the promotion of democracy.

It also condemned closed societies or severe repression in Myanmar, China, Cuba, Eritrea, Libya, Iran, North Korea, Saudi Arabia and Vietnam and abuses in the so-called “war on terror” in France, Pakistan, the United Kingdom, and the United States, among others.

Al Jazeera is not responsible for the content of external sites 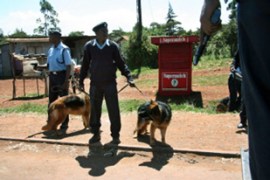 US: No ‘ethnic cleansing’ in Kenya

Washington distances itself from its top African envoy’s comments on violence. 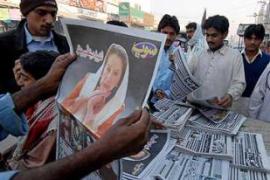