City under curfew
Separately, the Israeli army has launched an incursion into Nablus in the occupied West Bank, and put the city under curfew.
Al Jazeera reported that 28 Palestinians had been arrested by a large military force during the raids at dawn on Thursday.
The Israeli operation was ongoing and details remained scarce.
Clashes broke out after the ground assault as Palestinians protested against the Israeli army which used rubber bullets and tear gas, injuring about 20 people.
The Israeli army has closed all entrances to the city and banned any movement.
Palestinian police said the operation had separated the eastern part of the city from the western half.
The police also said that Israeli soldiers had confiscated weapons from hospital guards.
Home hit
Meanwhile in the Gaza Strip five people, including a woman and children, were killed and 17 more injured, on Thursday after an Israeli military attack, hospital officials said.
A mother and her three children were killed in the overnight Israeli strikes on a house.
A Palestinian fighter standing outside was also killed, witnesses said.
Clashes then broke out between Israeli soldiers and Hamas fighters near the southern town of Khan Yunis.
An Israeli military spokeswoman said troops came under attack from armed Palestinians when searching between Khan Yunis and the Gaza border for locals involved in rocket fire.
A tank then fired at a house where the men were taking shelter, the spokeswoman said.
The Israeli army said that they had killed two men in clashes, however Hamas confirmed only one of their fighters’ deaths.
Source : Al Jazeera, News Agencies 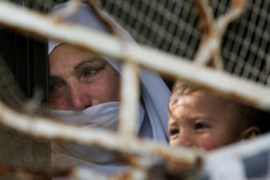 Inside Story discusses whether the crisis was politically motivated. 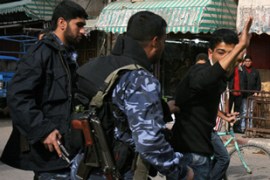 Up to seven killed and many others wounded in series of air and ground attacks. 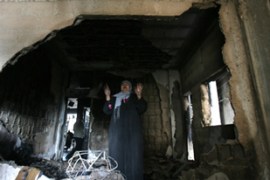 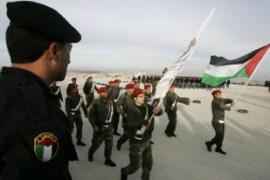