Evacuation
The helicopter raid came a day after Pakistani troops killed up to 30 tribal fighters during clashes in Dara Adam Khel.
Thousands of residents fled the town before the raid, seeking refuge in Peshawar, 40km away.
Pakistani troops launched a “search and cordon” operation in Dara Adam Khel to find four trucks containing munitions and supplies, the army said.
Helicopter gunships were used in the operation to recover the lorries, which had been seized by fighters On Thursday
Stronghold searched

Security officials said Dara Adam Khel had recently become a stronghold of Lashkar-e-Jhangvi, a banned Sunni Muslim group which has links to al-Qaeda.

Troops on Friday searched the South Waziristan region, around the hideout of Baitullah Mehsud, a Taliban commander, officials said.

Mehsud is accused by Pakistani officials and the US Central Intelligence Agency of orchestrating the killing of Benazir Bhutto, a former Pakistani prime minister, last month.

More than 200 fighters and 30 soldiers are said to have died during three weeks of fighting in South Waziristan.

Pakistan has been hit by more than 50 suicide bombings in the past 12 months, killing at least 800 people.

The government has blamed most of the attacks on Mehsud’s network.

Robert Gates, US defence secretary, said on Thursday that the United States is “ready, willing and able” to conduct joint combat operations in the troubled region if Islamabad agrees.

However, Pervez Musharraf, Pakistan’s president, has dismissed all talk of combined offensives with US forces in Pakistani territory.

Pakistan’s Western allies are increasingly concerned about the situation in the nuclear-armed Islamic republic since Bhutto’s killing.

Musharraf has come under international pressure to take a tough line on al-Qaeda and Taliban-inspired fighters. 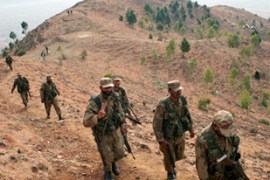 Troops said to have killed 40 fighters in South Waziristan along the Afghan border. 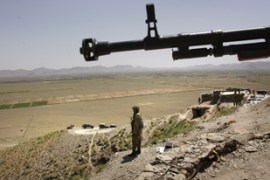 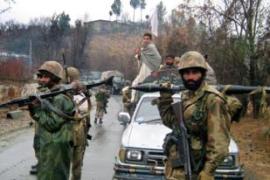 Military claims to have killed 37 tribal fighters while repelling attack on post. 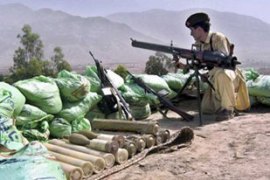 Military says up to 90 fighters dead in two separate battles in South Waziristan.