Speaking before two days of talks with Chinese officials, Negroponte said Iran had violated an existing UN resolution by going ahead with uranium enrichment and missile development.

He added that a recent US intelligence estimate showed only that Iran had suspended research into designs for a nuclear warhead.

“We think it is important that there be an additional Security Council resolution because Iran is out of compliance with previously passed resolutions,” he told reporters.

“That is the argument that will be presented to the Chinese authorities.”

Iran maintains that its nuclear programme is peaceful and aimed at providing energy for its growing population.

China, which has growing energy ties with Tehran, has called for negotiations on the issue and continues to oppose further aggressive UN action against Iran.

Negroponte said the US will seek further Chinese support at a meeting with other permanent members of the UN Security Council in Berlin next week.

Condoleezza Rice, the US secretary of state, is expected to discuss proposed new sanctions against Iran and other elements of a resolution with counterparts from Britain, France, Russia and China. 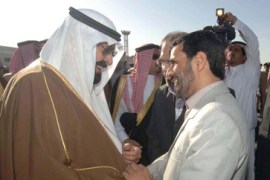 US fails to isolate Iran from Arabs 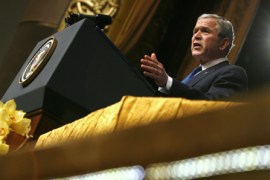 Bush: ‘Confront the danger of Iran’

Inside Story asks how Arab states will react to the US president’s call. 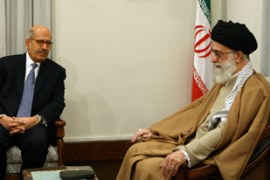