Mendes said the three new suspects were detained while photographing French police officers.
He said: “We have information which suggests that one of the three was involved in the killing of the four French tourists.”
The two arrests marked the first time that alleged terrorism suspects have been arrested in the West African nation.
Lucinda Barbosa, head of Guinea-Bissau’s judicial police, said: “From a legal standpoint, they are still innocent … But really, all the leads we are pursuing indicate that these are the key players in the deaths of the four tourists.”
Bissau is located approximately 700km south of where the French family were murdered, while picnicking on the side of a road outside the Mauritanian town of Aleg.
Three men are believed to have opened fire on the tourists, the third is believed to have fled to Algeria, said Barbosa, who explained that her information came from discussions with French authorities.
Four people, including two children, were killed on the spot, while a fifth tourist, an adult man, survived the attack and was flown to his hometown in France for treatment.

The killing of the tourists and an attack on a military base in the north of the country two days later, which left three soldiers dead, led to the cancellation of this year’s Paris-Dakar rally.

Al-Qaeda claimed responsibility for the attacks on the Mauritanian troops and organisers of the rally said they had received directs threats from the group. 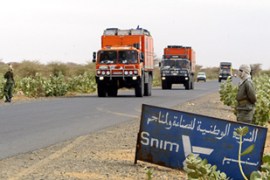 Tape reportedly from an arm of the group says it killed four soldiers in Mauritania. 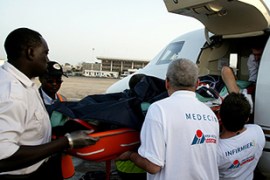 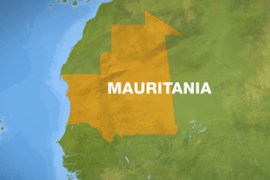 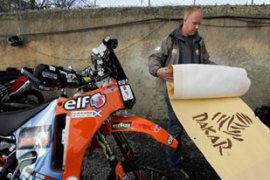 Dakar rally off due to safety fears

Threats and murders in Mauritania cause the race to be cancelled for the first time.