Randy Sheunemann, the foreign-policy adviser for John McCain, the Republican presidential candidate, and Steve Biegun, formerly with the National Security Council under George Bush, the US president, accompanied Palin during the Karzai meeting.

She then went on to meet Uribe behind closed doors at the residence of Colombia’s ambassador to the UN.

They discussed US-Colombia relations, the fight against drug trafficking and a bilateral free trade agreement that Democrats have blocked in congress, Hessy Fernandez, a spokesman for McCain’s campaign, said.

She also held an hour-long session with Henry Kissinger, the former US secretary of state, in his Park Avenue office, where Russia, Iran and China were the main topics of conversation.

“It was great,” Palin said as she left his building.

On Wednesday, Palin is due to meet other US allies including Mikheil Saaskashvili, president of Georgia; Viktor Yushchenko, his Ukrainian counterpart; Jalal Talabani, the Iraqi president; and Asif Ali Zardari of Pakistan.

Biegun said that the purpose of the meetings was “to develop relationships and to listen”.

“These are relationships that she intuitively understands are very important for the next president and vice-president of the United States,” he said.

Palin, who has been criticised for her lack of foreign policy experience, is preparing for a debate on October 2 with Joe Biden, the Democrat vice-presidential candidate, who is chairman of the senate foreign relations committee. 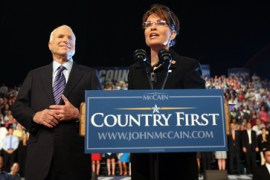 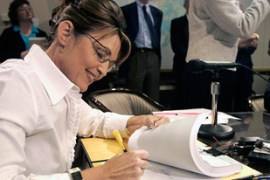 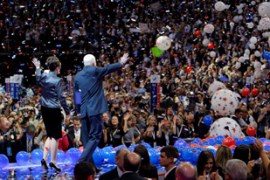